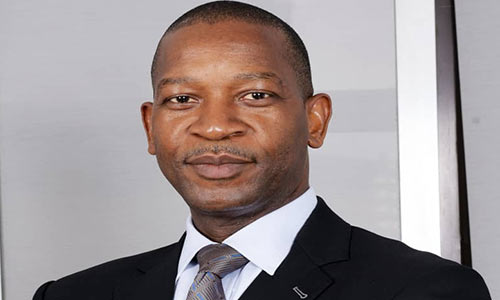 1. Introduction
I thank the organisers of this event for the kind invitation to speak to this distinguished audience in the ancient city of Kano. I have experienced nothing but warmth and welcome since I arrived in Kano yesterday for this event and for this, I am extremely grateful to our hosts.
I am particularly delighted to have been asked to participate as a discussant at a session in which the lead paper is to be presented by Honourable Justice M. B. Idris, JCA. Justice Idris and I have a long-standing relationship that dates back to his days in practice at F. R. A. Williams & Co in Lagos.
Justice Idris and I were on opposing sides at first instance in the first case in which I made law before the Supreme Court, the case of Fasakin Foods Nigeria Limited v Sosanya. In that case, I contended that the provision of section 22(3) of the Federal High Court Act, which purported to authorise the State High Courts to transfer cases in which they lacked jurisdiction to the Federal High Court was unconstitutional. I took the position that the Federal Legislature had no constitutional power to legislate as to the practice and procedure of the State High Courts. Although my contention was rejected at first instance, it was eventually sustained by the Supreme Court and the relevant section of the Federal High Court Act was declared unconstitutional. I am grateful to Justice Idris for contesting my position and thus giving me the opportunity to make law!
Subsequent to his appointment to the Federal High Court bench, Justice Idris’s path and mine crossed again. His court was one of my favourite courts due to the efficiency and diligence he applied to the handling of matters brought before him. Significantly, I was involved in one of the last matters he conducted almost to finality and, digressing from the topic I was asked to discuss, I wish to say a few words about this.

2. The Fate of Part Heard Cases Handled by Judges Upon their Elevation
I am part of a team of lawyers representing the families of several of the victims of the ill-fated Dana Airlines crash that took place in 2012. These cases were pending before Hon. Justice Idris and in one of them, we had concluded hearing, adopted written addresses and the matter had been adjourned for judgment, when news filtered out that Hon. Justice Idris had been elevated to the Court of Appeal.
This was a case in which the plaintiffs had been in court since 2014 seeking compensation for the loss of their loved ones and in which counsel and the court had put in tremendous efforts. Unfortunately, the position of our common law at present is that once an announcement has been made to the effect that a judge has been elevated to a higher court, he ceases to have jurisdiction to carry out judicial functions in his former court. As a result, the four plus years of litigation we had embarked on was rendered a complete waste and we have had to recommence hearing de novo in all the cases.

This is one of the aspects of our law that is begging for urgent review. It is disheartening that litigants can expend four plus years in litigation and pursue their matters almost to conclusion and then be compelled to commence hearing afresh due to no fault of theirs.

I am aware that the legislature has taken steps to address this issue as it relates to the administration of criminal justice by the enactment of provisions in the Administration of Criminal Justice Act. These provisions permit a judge who has been elevated to a higher court to continue to sit as a judge of his previous court for the purpose of completing any trials that he had part heard. It is disheartening to note that such a laudable provision has been the subject of legal challenge subsequent to its enactment. Rather than challenge it, I would canvass that similar provisions be enacted for application to civil matters.

3. Justice and National Security
Turning now to the subject of my intervention proper. I have no need to cite authority, either legal or otherwise, for the proposition that there can be no peace or security where there is no justice. Here in Nigeria, several examples abound of the correlation between the prevalence of injustice and attendant insecurity.
Anecdotal evidence is to the effect that the problem Nigeria is facing with the Boko Haram terrorist group was exacerbated by the extra-judicial killing of the group’s leader, Mohammed Yusuf in July 2009. Whilst the Boko Haram sect was already causing problems, it is widely believed that it was the injustice meted out to its leader and the failure of the police authorities to afford him a hearing prior to his summary execution that caused the Boko Haram menace to spiral out of control.
Similar views are held concerning the situation in the Niger Delta. It is believed that the perceived injustice meted out to Ken Saro Wiwa and others like him who agitated for the control of their region’s natural resources, were the immediate causes of the militancy and insecurity there. As stated above, there can be no peace and security where there is no justice.

4. The Role of the Judiciary
What then is the role of the judiciary in all this? The judiciary has a role to play in establishing peace and national security by giving just decisions. The judiciary must be seen as willing to play its role as the gate-keeper who keeps the other arms of government, the legislature and the executive, in check. The judiciary keeps the legislature in check by exercising its power to declare legislation or legislative action unlawful in appropriate cases and keeps the executive in check by declaring its actions unlawful in appropriate cases. The just and judicious exercise of these powers are the role the judiciary plays in the maintenance of peace and security in a democratic and civilized society, such as we purport to have in Nigeria.
Once the judiciary has exercised its power of decision making, the expectation of resultant peace and security is then entirely dependent on the willingness of the other arms of government to recognize and abide by the judiciary’s exercise of its adjudicatory power. Alas, as we are all aware, the executive arm of government has made clear that it is unwilling to abide by the decisions of our courts except where those decisions are to its liking.

5. Executive Lawlessness and the Persecution of Lawyers
The instances of the executive’s refusal to abide by decisions and orders of the courts are now notorious and need no recounting. However, this executive lawlessness is taking a new and alarming dimension where the legal profession is concerned. There is now occurring with increasing regularity, incidents in which lawyers are being targeted and persecuted by agents of the executive for carrying out their lawful duties. Three recent examples bear this out.
On 20th October 2019, O. J. Obasi, a member of the Onitsha Branch of the Nigerian Bar Association was assaulted by police officers and suffered injuries as a result. Reports have it that his offence was that he intervened when he observed these policemen assaulting a citizen and remonstrated with them.
Similarly, and even more recently, on 27th October 2019, S. M. Kachalla, a member of the Maiduguri Branch of the Nigerian Bar Association went to a police station in Maiduguri to secure the bail of his client who had been accused of committing a crime. Mr. Kachalla managed to secure his client’s bail but ended up in the police station’s cell and was kept there for more than 24 hours. His offence I am told was that he entered into an argument with the Divisional Police Officer!
Lastly, there is news that lawyers who acted against the Nigerian government in its dispute with P&ID, which resulted in a multi billion Dollar arbitral award being made against Nigeria are also being persecuted on the basis that they were unpatriotic to have so acted!

These actions of the executive and its agents constitute existential threats to our profession, to the rule of law and to any pretense we make to be operating a civilized democracy. A situation in which lawyers are prevented from carrying out their lawful duties, because they are fearful of the authorities is the most obvious sign of the ascendancy of tyranny. We saw the incipient signs of this malaise play out in the treatment that was meted out by the executive to the immediate past Chief Justice of Nigeria and even prior to that, when agents of the executive raided the homes of judges in the thick of the night. Whilst opinions vary as to the culpability of some of the judicial officers targeted in these actions, there is no doubt in my mind that these executive actions were directly targeted at cowing the judiciary into submission and were not a genuine attempt to address any perceived wrongdoing in the judiciary.
The recent uptick in attacks on lawyers makes clear that it is not only judges that are under attack but our entire profession.

6. What do we do?
The most important thing we must do now, as a profession is stand strong together in solidarity. We must eliminate the dichotomy between the Bar and the Bench. As the President of the Nigerian Bar Association related to me in a conversation recently, no one is called to the Bench. As with all lawyers, judges (at least of our superior courts of record) were called to the Bar before they were elevated to the Bench. Thus, we must retain that common bond. Judges by the nature of their office cannot agitate or speak for themselves. Nonetheless, they are our colleagues and we all play an essential part in the administration of justice.
It should be one of the cardinal objectives of the Nigerian Bar Association to ensure that the welfare and working conditions of judges is a matter of paramount importance. It should also be one of the cardinal objectives of both the Bar and the Bench that we self regulate effectively and eliminate any justification for the dangerous incursions that are being made into our independence.

7. Conclusion
In William Shakespeare’s Henry VI, one of the characters stated thus: “First thing we do, let’s kill all the lawyers.” There has been a long-standing debate as to whether Shakespeare meant this as an attack on lawyers or as an attack on the crown. My preferred interpretation is that which posits that tyranny can only prevail where there are no lawyers ready to stand their ground and fight against it. We are at that stage now in our national life where we as members of this noble and honourable profession must stand strong and resolute to resist oppression and tyranny.

May God help us all!