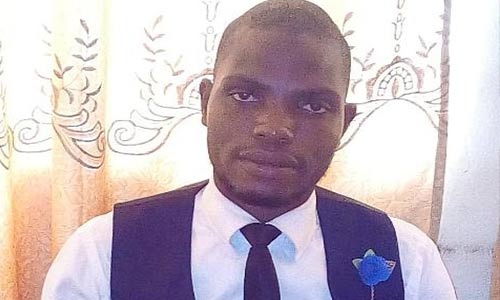 Indisputably, it is no longer a matter of secrecy that despite the fact that Mr. Sowore and his co-accused, Mr Adebayo Bakare, who are now being prosecuted on charges of treasonable felony following their call for ‘Revolution Now’ protest, were earlier released from a four-month custody after the 24 hours ultimatum issued the SSS for their release by the judge, the two personalities were rearrested barely 24 hours into their gasp into their prolonged release into freedom.

However, both the recent actions of the SSS and the Court’s order qualify to be judicial noticed even to a judge or justice of a competent court as the case maybe. This needs not be proved before a judicial officer before admitting the existence of the fact in his court room.

At this juncture, we must thread the path of caution and the best time to do so is NOW! In all shades of sincerity, this writer is disturbed to see the avalanche of opinion articles condemning the actions of the SSS with the State Security Service being referred to as Department/Directorate of Security Service.

Apparently, before construing the stated provision of the Act, we need not any external aid to know that the actual nomenclature given to the security agency in question to be State Security Service as against Department of Security Service.

As it appears that in law, the nomenclature of Department of Security Service as popularly known is totally alien and does not have its existence in all the laws of our land.

As such, the actions of the SSS being reported to have taken place at the Federal High Court situated at Abuja on 6th December, 2019 before Judge Ijeoma Ojukwu qualifies to be referred as a rape to our long existing democracy in Nigeria.

Recourse needs to be made to laws that exist in our country, Nigeria in this instant case for the purpose of properly commenting on the recent action of the SSS. Section 1 of Nigerian Constitution establishes the supremacy of the Constitution over all persons and institutions in the country. It also clarifies the fact that if any other law is inconsistent with the provisions of the Constitution shall to the extent of the inconsistency be void. The case of *OBASANJO v. YUSUF (2004) 9 NWLR (Pt. 877) 144 at 183 and ABACHA v. FAWEHINMI (2000) 6 NWLR (PT.660) 228 AT 313* are apposite to these provisions.

The effect of the supremacy of the Constitution only tells us that action(s) which offend(s) the constitutional provisions should not have its existence in a country with democratic settings like Nigeria and if it eventually exists, such would be discountenanced and should not receive any shower of constitutionality whatsoever.

Equally, before I proceed to give conclusive part of this article, *section 43 subsection 2 of Administration of Criminal Justice Act 2015 needs to be brought forthwith.*

*Execution of warrant and procedure*

*(2) A warrant of arrest may be executed by any police officer at any time and in any place in any state other than within the actual court room in which court sitting.*

Report has it that, members of the State Security Service made their ways into the court room and forcedly arrest Mr Omoyele Sowore and his co-accused of the allegation of treasonable felony in a court room while His lordship Ijeoma Ojukwu was hearing a court proceeding.

However, if the report happened to be true, then, it would be concisely right to say that the action of the SSS is in total contravention with the laws of our land and it will be reiterated to say their actions is an exact meaning of a rape of democratic society.

Conclusively it is the writer’s sole advice to the Nigerian Bar Association and all other necessary stakeholders to stand on their toes and condemn the actions of the SSS in its entirety, amongst others, disturbance of the court sitting which ended abruptly, violation of fundamental rights of persons in question, contempt of the court in facie curie and disobedience of the orders of competent court of law.

*ISIAKA AZEEZ AYINDE is the Solicitor General of the Law Student Society, University of Ilorin amongst and others. He is passionate about legal advocacy, community development and national growth. He is a part 4 student of Common and Islamic Laws, Faculty of Law, University of Ilorin.*