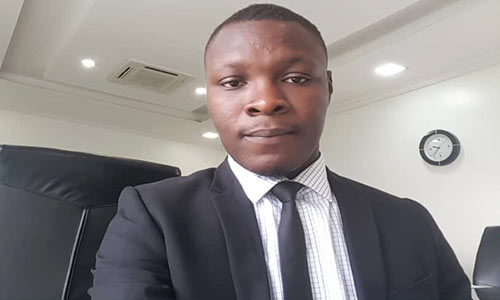 There are basically two laws regulating marriage under the Act in Nigeria and they includes the Matrimonial causes Act 2004 and the Marriage Act 2004. It is important to note that it is only Monogamous Marriage that can be conducted under the marriage Act as provided for under section 33(1) of the Marriage Act in Nigeria. It is monogamous marriage that was described by Lord Penzance in HYDE V HYDE (1886) LRIP&D 130 as the voluntary union for life of one man one woman to the exclusion of all others.

It is pertinent to note that for Marriage to be a valid statutory marriage in Nigeria, It must be in accordance with Section 7 to 17 of the Marriage Act. The following are the Preliminaries to marriage which must be complied with before the celebration of such Marriage.

Section 7 of the Marriage Act provides that whenever any persons desire to marry, one of the parties to the intended marriage shall sign and give to the registrar of the district in which the marriage is intended to take place a notice. Section 10 further provides that upon receipt of such notice the registrar shall cause the same to be entered in a book to be called the Marriage Notice Book, He shall also publish such notice by causing a copy of the same to be affixed on the outer door of his office, and to be kept exposed there until he grants his certificate or until three months shall have elapsed.

Section 11 of the Marriage Act further provides that the Registrar, at any time after the expiration of twenty-one days and before the expiration of three months from the date of the notice shall thereupon issue his certificate/License, once all conditions are satisfied such as; one of the parties must have been resident within the district for at least fifteen days preceding the granting of the certificate: the parties are 21 years and above and if otherwise, the requisite consent has been obtained; Lack of impediment of kindred or affinity; neither party is earlier married to a third party.

Marriage Celebration under the Act

After the issuance of the Registrar’s certificate, the couple is bestowed with options as to where to celebrate their marriage, whether at the Registrar’s Office or at a Licensed place of Worship.

Section 21 provides that Marriage may be celebrated in any licensed place of worship by any recognised minister of the Church, denomination or body, however such marriage must be celebrated with open doors between the hours of eight o’clock in the forenoon and six o’clock in the afternoon, and in the presence of two or more witnesses besides the officiating minister. Section 22 further made it mandatory that the Registrar’s Certificate or licence issued by the Registrar must be presented to the Minister before he could conduct the marriage

Section 27 provides that after the issue of a certificate or License by the Registrar, the parties/Couple may, if they think fit, contract a marriage before a registrar, in the presence of two witnesses in his office, with open doors, between the hours of ten o’clock in the forenoon and four o’clock in the afternoon

For church marriage in a licenced place of worship, the requirements provided in the Act must be complied with unlike in blessing of marriage where no formal requirement is necessary. What the blessing of marriage does is that it confirms that both parties already have an existing marriage and they have come for blessings. It does not comply with the formalities of a statutory marriage i.e church wedding in a licenced place of worship, caveats, licence, marriage certificate etc.

In MARTINS v ADENUGBA (1946) 18 NLR 63 a priest blessed a customary law marriage on 17 September 1942. He issued, in a printed form, a certificate to the parties in respect of that ceremony. It was later contended that there was a valid marriage under the Marriage Act. The court held that the ceremony of the 17th September was merely the blessing of a customary law marriage, and therefore did not constitute a marriage.

Section 34 of the Marriage Act provides that ‘’All marriages celebrated under this Act shall be good and valid in law to all intents and purposes.’’

The legal effect of the above is that, Marriage celebrated in a Licensed place of worship and Registry are Marriages conducted under the Marriage Act and they are legally binding so far all the requirements stipulated are followed. Once the preliminary conditions are complied with, the choice of place to celebrate the Marriage is left to the parties. In addition, both Marriages can only be set aside by following the relevant provision of the Matrimonial Causes Act.