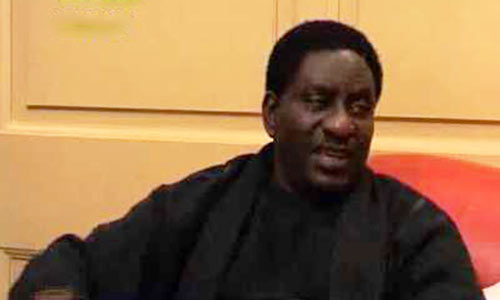 Former Attorney General and Commissioner for Justice, Edo State, Barr Osagie Obayuwana, has called on the National Assembly to repeal the law setting up the Department of State Security (DSS) saying it has outlived its usefulness.

He made the appeal while speaking on the topic: “Judge’s rule – what it entails and to what extent does it apply,” to mark the 2019 World Human Rights Week organized by the Edo Civil Society Organizations (EDOCSO) in Benin City.

According to him, “This matter we emphasize goes beyond the reshuffling of the leadership of the DSS. The entire composition of DSS from the top to the bottom, having shown itself to be unworthy, should be disbanded.

“There is a precedence in this. We once had an outfit called the NSO. The SSS or DSS as they now call themselves, have completely outlived their usefulness. It is beyond redemption. They have to be dissolved immediately.

“We call on the Nigerian people and the Nigerian Bar Association to insist on this and the National Assembly to side with the Nigeria people, to repeal the law that established the DSS, sack all their personnel and by legislation, lay the foundation for a new security system and agency focused on the protection of the wellbeing of all Nigerians as opposed to the imagined interest of few office holders in Nigeria,” he said.

Obayuwana said the DSS should concentrate on their duty if they really want to serve the public rather than playing to the gallery of some individuals in the office whose powers are transient.

The former attorney general of the state noted that today’s re-arrest of the human right activist, Omoyele Sowore, at the premises of the court was a big slap on the nation’s judiciary.

“The crude re-arrest of Omoyele Sowore and Olawale Bakare within the court promises, where they had gone to answer to the charges against them, is not only an insult to the judiciary as an institution and the system of administration of justice as a whole, it is a spite on all that is decent about Nigeria and world opinion,” he said.