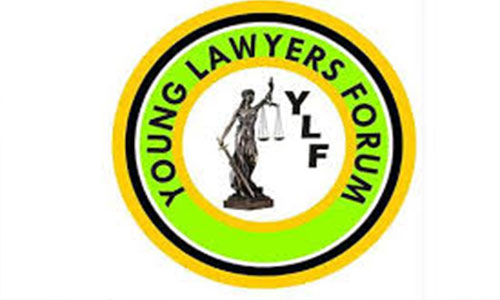 A young lawyer who is a member of Lagos branch of NBA, Seun. A. Awoyele has urged the branch Chairman, Omoyemi Akangbe, to call for an election into the offices of Young Lawyers Forum NBA Lagos.

Seun in a letter to the Chairman, Omoyemi Akangbe, he reminded him of his Campaign promise to organize elections for the young lawyer to choose their leaders when he is elected as the chairman.

He furthered stated that rumor has it that Omoyemi Akangbe wants to do otherwise by imposing a leader on Lagos young lawyers.

Read his letter below

A befitting start to this letter is to congratulate you, once again, for your emergence as the Chairman of the Branch. It is also worthy of commendation that since your coming into office, the meetings of the Branch have been held at the City Hall, allowing room for members of the Branch to attend meetings comfortably.

Before going on, it is important to note that, though a lawyer, I have been comfortable sitting outside the NBA, looking in only intermittently. I was only drawn in after the last Branch elections because of what I see to be some hope.

The above being said, I wish to draw your attention to an important part of your campaign which was an important point upon which many young lawyers voted you to be our chairman. I refer you to Item 5 of your manifesto which states as follows:

The words were clear and direct, and caused young lawyers to rally around you, the result of which was your emergence as the chairman.

It is important to note that two meetings of the Branch have passed, in addition to the one month during which no meeting held as a result of the NBA Conference, but no word has been said about the election of the leadership of the young lawyers of the Lagos Branch.

We are taught that lawyers are men of honor. And that once a lawyer makes a promise, it is taken for granted that he will do what he said. A lot has been said about the decline in the ethics and culture of the Bar. These things are learned from Lawyers, senior lawyers who say one thing and do the other. If the leadership of the Bar cannot be ethical and upright, it loses the moral standing to teach ethics to the young lawyers.

I, however, would strongly like to believe that these rumors are not true and that you are a man of honor whose words are enough. I will hold on to that belief strongly because anything else will mean that we have the same caliber of men as Bar leaders as we have politicians in the Nigerian society who are regarded, largely, as liars. Anything else would mean my hope in the new bar is misplaced.

I hope to get a response soon and I hope that response raises my hope in the Bar.

Thank you very much and please accept the assurances of my highest regards.