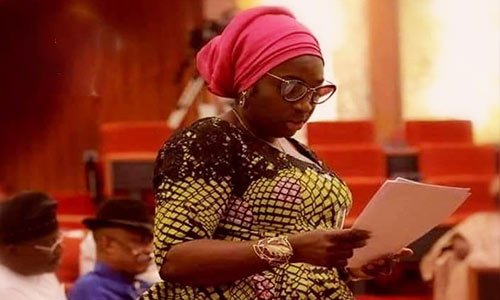 A lawyer by the name Chidi Henry Onyiuke has petitioned the Nigerian Senate over JAMB’s Refusal to release his 17-years old son, Master Akachukwu Mathew Onyiuke.

According to her, the Senate President has to look into the matter.

“Standing on the authority of Rule 41 of the Senate Standing Orders, I rise to draw the attention of the Senate to a petition by Barr. Chidi Henry Onyiuke, a constituent of Anambra Central, who on behalf of his 17 years old Son, Master Akachukwu Matthew Onyiuke is bringing this petition against JAMB, for JAMB’s refusal to release Master Onyiuke’s 2019 UTME JAMB result.

“The reason proffered by JAMB for withholding Master Onyiuke’s result is “invalid entrance into the exam hall”, which JAMB subsequently explained as “unauthorized entrance”. The petitioner on his part, believes that the reason proffered by JAMB is untenable because there is a CCTV footage of the examination which would reveal that Master Onyiuke was lawfully admitted into the Exam CENTRE after completing his biometrics and surrendering himself to a thorough search. The Petitioner believes that JAMB seized his result because he most likely made a very unusually high score in the exam.

“The Petitioner further maintains that Master Akachukwu’s academic pedigree, which includes 9 A1 results in his WAEC exam, and numerous academic excellence awards including 1st Place in the COWBELL Math Competition, corroborate whatever high result he may have obtained in the UTME JAMB exam. He has provided several documents to support his petition,” she said.

He also added that JAMB continues to withhold Master Akachukwu’s result causing him to miss out on several academic opportunities that would have been available to him in various tertiary institutions.

She, therefore, said that as a last resort, the Petitioner is now seeking the intervention of the Senate via this petition, to direct JAMB to release Master Onyiuke’s JAMB result to enable him continue with his tertiary education.

The President of the Senate, Dr. Ahmad Lawan in response, referred the petition to the Committee on Public Petitions for consideration, asking the committee to report to the Senate in one week.