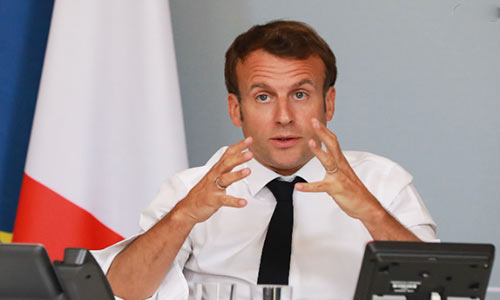 A lower court of the French Parliament has approved a draft law that would make school bullying a criminal offence punishable by up to three years in prison, following bullying tragedies in France that have in some cases resulted in the deaths of children.

The draft was approved by the lower house of France’s Parliament on Wednesday and will now be sent to the upper house, the Senate, with the law expected to be adopted in February, according to The Guardian.

The law would also impose fines for bullying of up to €45,000 (over $50,000) depending on the severity of the case and the age of the culprit, as well as increase resources for education and prevention, according to Forbes.

The legislation was drafted by Brittany member of parliament Erwan Balant, who stressed the law is “not about sending children to prison,” as “there is a justice system for minors that takes into consideration the accused’s age and powers of discernment.”

French President Emmanuel Macron’s education minister, Jean-Michel Blanquer, supported the proposed law, saying during a debate the law was “a way of enforcing the values of the republic.”

In March, two teenagers were arrested on murder charges after the beaten body of a 14-year-old girl was found in the seine river near Paris. The girl’s mother said her daughter had been the victim of bullying after photos of her in her underwear circulated on Snapchat. A study by the Caisse d’Epargne in partnership with the e-France association showed 20% of children say they have been confronted with a situation of cyberbullying, with 51% of them being girls age 13 on average.

In July, a French court convicted 11 people of harassing and in one case threatening the life of a then-16-year-old on social media after she posted a rant considered to be anti-Islam (all 11 were over the age of 18), facing prison sentences of four to six months. “Social networks are the street,” Michaël Humbert, the presiding judge on the case, said. “What you wouldn’t do in the street—don’t do it on social networks.”