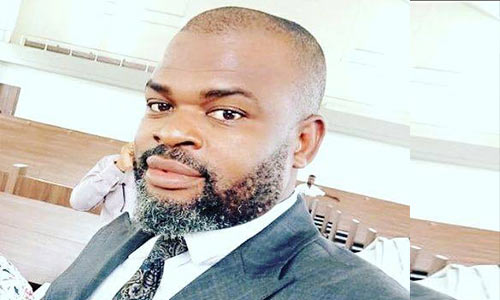 It goes without gainsaying that the right to file final written addresses or to address the court after the conclusion of evidence before delivering judgment, is constitutionally provided for in section 294 (1) of the 1999 constitution. It is also the law that failure to hear the address of a party or deny a party the right to file final address by Court will vitiate the trial and will also amount to breach of the party’s right to fair hearing. See Onyeakarusi vs. Nwadiogo (2016) LPELR-40932 (CA).

As stated hereinabove, the right of a party to file address after the conclusion of evidence is constitutional. The point must also ve made that such right is optional and could be waived by the party. See section 294 (1) of the 1999 Constitution.

Final Address has been defined as a document intended for the court which summarizes the relevant facts, the law and a proposed analysis of a case, on behalf of a litigant. Again, the Supreme Court of Nigeria, in the case of Kalu vs. State (2017) LPELR-42101(SC), stated thus: “ final address means the last or ultimate speech or submission made to the Court in respect of a matter before it, before the delivery of Judgment.

There are stipulations or provisions as to time frame within which certain acts are to be done in Court proceedings. There are instances where a party or parties have complied with the time frame stipulated for filing of final address by the Rules of Court, but the court for one reason or the other, was unable to deliver judgement within time. And parties are asked to re-adopt their final addresses in a bid to re-activate the time. The question is, does the readoption done out of time render the judgement incompetent?

Section 294 (1) of the Constitution of the Federal Republic of Nigeria 1999 (as amended) mandates Courts to deliver its decision in writing not later than ninety days after the conclusion of evidence and final addresses. Unfortunately, not all judgments are delivered within this time frame due to one reason or the other. It has become a practice, that where judgment is to be given outside the stipulated time, the Courts have adopted a practice of asking parties to re-adopt their written addresses before judgment is delivered. This is in a bid to cover up for the time-lag.

But in addressing this practice that has been sustained over the years, the court of appeal In Idowu & ors v. Segun Koya Investments Ltd (2017) LPELR-43580(CA) stated that “the re-adoption of addresses “does not have the consequence of re-opening the computation of the period within which judgment is to be delivered.” Explaining the rationale for this position, the Honourable Justice said “… re-adoption simpliciter without addition of any fresh points of law on which the Court needs clarification is a facade and would not serve to have the computation of time for delivery of judgment to start afresh from the date of the re-adoption.”

In Okon v. Ita (2010) LPELR (9010) 1 at 15-16. The court emphatically stated that “any invitation for the parties to re-adopt their final address, without more, after the ninety-day period would not in its deferential view obviate the consequences of the non-compliance with Section 294 (1) of the 1999 Constitution as the computation of the ninety-day period will still be reckoned from the date of the initial final address”.

“It is of the utmost importance that if a suit set down for judgment after final address is to be reopened such that the 3 months deadline will start to run, such reopening must be for reasons which do not do violence to the decision of this Court in Sodipo’s case (Sodipo v. Lemminkainen oy (1985) LPELR (3088). The reopening ought to be to enable the Court take in the interest of justice, important points relating of law and fact to the case. Such a point of law or fact may be discovered by the Court in the course of preparing its judgment and the Court may then desire further address by counsel on it, or the Court’s attention may be drawn to it. It is in my view extremely difficult to lay down a hard and fast rule as to how to determine this. It would appear to me that each case ought to be dealt with on its own merit. The spirit of Sodipo’s case would of course be violated if the reopening of the suit is done not to take further address on a point of law or fact but to achieve a prolongation of the 3 months period and so save a judgment which otherwise would have been null and void.

Although, this is the position of the court, it is also germane to state that judgment delivered outside the ninety (90) days period stipulated by the Constitution, does not ipso facto become a nullity. For the said decision to be rendered a nullity the Appellant has to establish that the said decision occasioned a miscarriage of justice. See Ofulue v. Okoh (2014) LPELR (23218) 1 at 22-23. Also, in Dennis Akoma & Anor v. Obi Osenwokwu & ors (2014) LPELR-22885 the court held that: “The question is what is the consequence(s) of the failure of the lower Court, in the circumstances of this case, to deliver its decision within ninety days of the final addresses of counsel? The answer is that the judgment/decision/order so delivered is valid except an appellant can satisfy the Court that the non delivery of the judgment within the stipulated time has occasioned a miscarriage of justice to him.” See also Owoyemi v. Adekoya (2003) 18 NWLR (Pt. 852) 307.

A party cannot simply use the failure of the trial Court to adhere to the 90 day period to deliver judgment, as basis for seeking to nullify a judgment delivered outside the period stipulated. Such a party must proceed beyond that to show the miscarriage of justice he suffered by the reason thereof. Where there is a failure to so establish a miscarriage of justice, the appellate Court will find it difficult to disturb the judgment of the trial Court. The emphasis is placed not on the length of delay but on the effect the delay had on the mind of the judge while writing the judgment. See. Peoples Democratic Party v. Okorocha (2012) 15 NWLR (Pt. 1323) 205;

The practice of recalling parties to readopt without introducing any new issue of law has been outlawed since It does not alter the fact and no value is added. However, the leeway created by section 294(5) of the constitution, is that the decision of a Court shall not be set aside or treated as a nullity solely on the ground of non-compliance with the provision of subsection (1) of 294 unless the Court exercising jurisdiction by way of appeal or review of that decision is satisfied that the party complaining has suffered a miscarriage of justice by reason thereof.