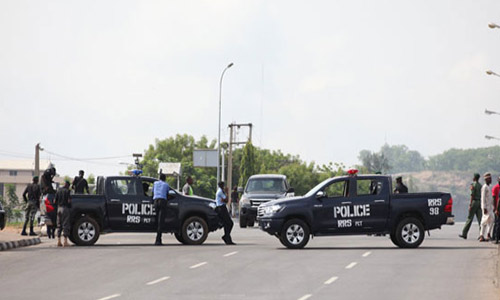 The Federal Capital Territory Command of the Nigeria Police Force has planned traffic diversion from routes leading to the venue of the Presidential Election Tribunal at the Court of Appeal in Abuja, saying it is to avert possible clashes between supporters of the All Progressives Congress and the Peoples Democratic Party.

The FCT Command said the traffic diversion on Wednesday would be on the Goodluck Ebele Way and Shehu Shagari Way in the Maitama area where the tribunal is to sit, noting it was part of its “proactive measures to beef up security at the venue.”

The FCT Police Public Relations Officer, DSP Anjuguri Manzah, stated this in a release, that members of the public are advised to use alternative routes to their destinations on Wednesday.

Manzah said, “Ahead of the sitting of the Presidential Election Tribunal at the Court of Appeal on Wednesday, the FCT police wish to inform members of the public that there will be a diversion of traffic at Goodluck Ebele Way and Shehu Shagari Way.

“While apologising for the inconveniences this might cause those who ply the said routes to their respective offices and business points, the command states that the gesture is part of proactive measure to beef up security at the venue.

“It is to forestall any act that could disrupt the tribunal sitting and result in the breakdown of law and order; especially clash between supporters of both parties. In view of this development, members of the public are advised to use alternative routes to their destinations on Wednesday. The command reiterates its commitment to the protection of lives and property in the Federal Capital Territory.”