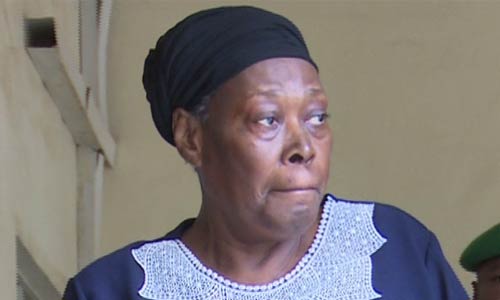 A High Court of the Federal Capital Territory (FCT) in Apo, Abuja on Wednesday heard that a copy of the P&ID contract was submitted to a Minister of Justice and Attorney-General of the Federation (AGF), for vetting.

Babangida did not name the minister.

He did not clarify whether the P&ID contract, which which was signed in 2010, was vetted by a Justice Minister appointed under the administration of the late President Umaru Musa Yar‘Adua or the one appointed by his successor, Goodluck Jonathan.

Babangida said his team investigated the controversial gas contract awarded to the Irish firm, P&ID, in respect of which a $9.6billion damages were awarded against Nigeria.

The investigator was the second prosecution witness in Mrs Taiga’s trial for, among others, receiving a bribe in respect of the contract and making a false statement.

Taiga is also accused of violating various laws by entering into the Gas Supply Processing Agreement (GSPA) without prior approval by the Federal Executive Council (FEC) and a certificate of no-objection to the contract from the Bureau of Public Procurement (BPP).

Babangida said during investigation, his team invited Taiga for questioning and that “she (Mrs. Taiga) confirmed, from the interview and her written statements, that the draft agreement was forwarded to the office of the AGF for vetting and further directives.”

Led in evidence by a prosecution lawyer, Abba Mohammed, Babangida said: “I got to know the defendant in the course of investigating a petition forwarded to the Acting Chairman of the EFCC from the office of the AGF. The petition was dated sometimes June 2018 and it was received by EFCC in July 2018.”

He said the team also requested from the Ministry of Petroleum Resources, through another letter of investigation activities, for the ministry to confirm cash backing for the project; license to the contractor (P&ID Ltd) to operate in the gas and petroleum sector in Nigeria, and to make available the list of the technical team from the ministry.

Babangida said: “The ministry obliged us with the documents -GSPA and the Memorandum of understanding. Upon analysis of the two documents, we observed that the MoU was signed by a company – P&ID Ltd (Nigeria), while the GSPA was signed by P&ID Ltd, a company registered in the British Virgin Island.

“We wrote to Infrastructure Concession Regulatory Commission (ICRC) to confirm if the GSPA was forwarded to the commission for inspection and approval, to enable the Federal Executive Council (FEC) to decide on it.

“From their (ICRC’s) response, they confirmed that the GSPA was not forwarded for their consideration. It also said that the agreement cannot be considered by the Federal Executive Council without passing through the ICRC.

“We also wrote to the office of the Secretary to the Government of the Federation (SGF) to confirm if the agreement, the GSPA was forwarded for the FEC consideration and approval. From their response, it was confirmed that it (the GSPA) was not forwarded to the office.”

The prosecution lawyer subsequently tendered copies of all the documents, including the GSPA, MoU, the petition from the AGF, letters of investigations activities to the various agencies, among others, which the trial judge, Justice Olukayode Adeniyi admitted in evidence in the absence of any objection by defence lawyer, Ola Olanipekun (SAN).

Testifying earlier as the first prosecution witness, Remigius Ugwu (a Compliance Officer, with Zenith Bank Plc), confirmed that Mrs. Taiga maintained naira and dollar accounts. He said the defendant was the sole signatory to them.

During proceedings, Taiga looked weak and could barely walk. She coughed intermittently in the dock. A court official put off the ceiling fan directly above her head.

After tendering some documents, the prosecution counsel applied for an adjournment. Defence counsel Ola Olanipekun (SAN), did not object. He also prayed the judge to allow the defendant enough time to recuperate.

The judge granted the application and adjourned till December 12, 2019. He also vacated November 7, earlier chosen for the continuation of trial.