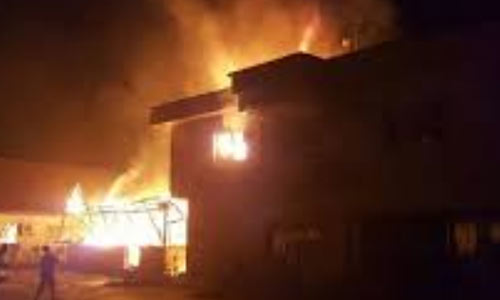 It was gathered that the thugs who were shooting indiscriminately arrived Mrs Abuh’s house around 2.00 p.m. and surrounded the house, blocking every exit and escape route from outside.

They then poured petrol on the building before setting it ablaze, while terrified villagers watched from afar.

Mrs Abuh reportedly attempted to escape through a window but couldn’t due to the metal burglary proof and gunshots that were alleged raining in her direction.

A source said that “the bloodthirsty thugs waited, shooting and watching with relish while Mrs Abuh cried from inside the inferno until her voice died out.”

They reportedly left only when the entire house and Mrs Abuh had been burnt to ashes.