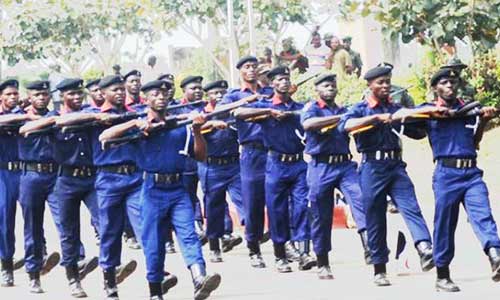 Over 1.4 million Nigerians have so far applied for vacancy positions in the Nigeria Security and Civil Defence Corps (NSCDC), The Nation report.

But the authorities of the NSCDC confirmed that there are vacancies for only 5,000 personnel whose fate would be determined by the Board of the Corps in the next few weeks.

The NSCDC opened its online portals for filing of applications posted the vacancy positions on August 9, 2019.

But when the deadline elapsed on September 7, over 1.4 million have applied for the various positions announced by the Civil Defence, Fire, Immigration and Prisons Service Board.

The spokesman of the NSCDC Emmanuel Okeh, who confirmed the large turn-out of potential recruits into the Corps, told The Nation that screening of candidates who applied would begin online as those whose age has passed the required age level would be eliminated.

He also added that those who engaged in multiple registration as well as candidates with inconsistent academic qualifications would be deleted from prospective candidates for recruitment.

Asked to comment on the sudden up surge in the number of applicants for the NSCDC, Okeh said the development was not unexpected considering the large number of unemployed persons in the country.

He also attributed the large turn out to the fact that many youths are interested in joining the Corps given its remarkable and excellent outings in the country over the years.

When asked to give insights if the recruitment would be done based on allocations per state, the Public Relations Officer (PRO) said the ball is in the Court of the Board but added that the Federal Character principle would be reflected on the exercise.

Okeh said the Management of the NSCDC would be glad if the number of intakes into the Corps increased based on budgetary allocations by the Federal Government and the Board as there is need for manpower in the organisation.