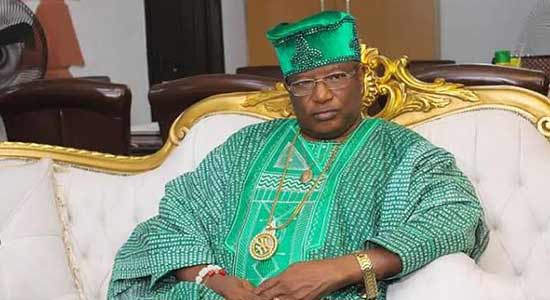 A Federal High Court in Abuja has declined the request for bail made by the detained founder of Oduduwa University, Ile-Ife, Dr. Ramon Adegoke Adedoyin.

On the alternative, he asked that he be allowed access to quality medical facilities of his choice pending the conclusion of police’s investigation and his possible arraignment.

Ruling after listening to Kunle Adegoke (SAN), who led a team of lawyers for Adedoyin, Justice Inyang Ekwo declined to grant any of the prayers.

Instead, Justice Ekwo ordered Adedoyin to serve the motion and other processes in the case on the sole respondent – the Inspector General of Police (IGP) – and adjourned till December 9 for hearing.

Adedoyin, said to be the owner of the Hilton Hotel, Ile Ife, Osun State, where a Masters student of the Obafemi Awolowo University (OAU), Timothy Adegoke was allegedly murdered, has been arrested for sometime now in relation to the murder.

In a supporting affidavit, Chief Segun Aworinde, who described himself as Adedoyin’s younger brother, said despite being informed that Adedoyin was hypertensive and diabetic, the police refused to release him or allow him access quality health facility since he was arrested on November 15.

Aworinde said he knows “Adedoyin as an established industrialist and educationist and also a business mogul that owns several higher institutions of learning among which is Oduduwa University, Ile-Ife. He is around 65 years of age with business interests spread over the country.

He added that Adedoyin was “arrested on the 15th day of November, 2021 by the respondent (IGP) and has since then been in detention in connection with some allegations bordering on the mysterious death and dumping of the corpse of one Timothy Adegoke who was said to have lodged in the Applicant’s hotel, Hilton Hotels and Resorts, situate, lying and being at Ile-Ife, Osun State.

“By virtue of my relationship to the applicant as aforementioned, I know as a fact that the applicant is a hypertension and diabetes patient for over 15 years and has been on specialised drugs and treatments including but not limited to traditional herbs but to which he has not been able to have access since his incarceration by the respondent,” he said.

“On the 24’th day of November, 2021, I returned to the Police Headquarters in Osogbo again and I got to know, as a matter of fact, that the applicant had slumped earlier on that day, but was luckily resuscitated and the ugly development warranted him to he taken to a the Police Clinic situate at Okefia Area, Osogbo.

“Having been aware of these health issues/challenges of the applicant, I made a frantic effort to appeal to the respondent te allow the applicant be taken to a hospital with relevant equipment and facilities for proper medical care and attention but the respondent claimed that investigation in the case against the applicant was still ongoing and refused the request.

“All appeal/efforts made to the respondent to release the applicant on bail or be allowed to have access to quality medical facilities proved abortive as the respondent claimed that the matter is still under investigation and as a result of that, could not grant such a request.

“Despite the health situation of the applicant and notwithstanding the absence of any charge pending against him, the respondent directed his officers to transfer the applicant trom the custody of the Police in Osogbo to its Intelligence Response Team (IRT), Abuja where the applicant is currently being detained.

“I know as a fact that the applicant, a chieftaincy title holder in Ile-Ife, is not a flight risk having established one university and one polytechnic in Osun State, with several other investments all over the country and the applicant is ready and withing to stand his trial at all material times if the respondent eventually establishes a prima facie case against him.”