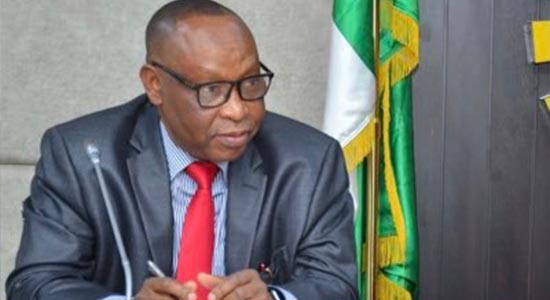 Nigeria earned a total sum of $34.22 billion from the oil and gas sector in 2019, according to the Nigerian Extractive Industries Transparency Initiatives (NEITI).

The figure represented an increase of 4.88 per cent over the $32.63 billion revenue netted from the sector in 2018.

These information and data were contained in the 2019 oil and gas industry audit report conducted by the NEITI, which was released yesterday in Abuja.

The NEITI 2019 oil and gas report also made recommendations on how to improve transparency and accountability in the sector. Some of the recommendations were that the Office of the Accountant General of the Federation (OAGF) should advise the NNPC to prepare its budget on a gross basis by stating its gross revenue and costs.

The report noted that the practice if adopted, will improve transparency and accountability in NNPC’s transactions on behalf of the federation.

The report also recommended that NNPC should carry-out detailed reconciliation on transportation revenues regularly as a mechanism for checks and balances.

It also observed that entities are reporting crude losses higher than the fiscalised production and recommended that the DPR should take steps to reduce losses by the terminal operators.

It also highlighted the outstanding liabilities by companies as of 2019 year end and advised the respective government agencies to recover the debts.

According to NEITI, the total crude oil production in 2019 was 735.244mmbbls, representing an increase of 4.87 per cent over the 701.101mmbbls recorded in 2018. Production sharing contracts (PSCs) contributed the highest volumes of 312.042mmbbls followed by Joint Venture (JV) and Sole Risk (SR) which recorded 310,284mmbbls and 89.824mmbbls respectively. Others are Marginal Fields (MFs) and Service Contracts (SCs) which accounted for 21,762mmbbls and 1,330mmbbls respectively.

The Report also showed that total crude oil lifted in 2019 was 735.661mmbbls, indicating a 4.93 per cent increase to the 701.090 mmbbls recorded in 2018, with companies lifting 469.010mmbbls, while 266.650mmbbls was lifted by the Nigeria National Petroleum Corporation (NNPC) on behalf of the Federation. Analysis of crude oil lifted by NNPC showed that 159.411mmbbls was for export, while 107.239mmbbls was for domestic refining. 97 per cent of the volumes for domestic refining (104.475mmbbls) was utilised for the Direct Sale Direct Purchase (DSDP) programme while the remaining three per cent (2.764mmbbls) was delivered to the refineries.

NEITI reported that the value of the 2019 domestic crude oil earnings was N2.722 trillion. Of this figure, N518.074 billion was deducted for Petroleum Motor Spirit (PMS) under-recovery by the NNPC. This figure was N213.074 billon above the approved sum of N305 billion for under recovery in 2019. Similarly, the sum of N126.664 billion was incurred by the Corporation as costs for pipeline repairs and maintenances which showed a difference of N96.378 billion from the approved sum of N30.287 billion for that purpose. The report also pointed out that N31.844 billion was also deducted for crude and product losses due to theft and sabotage in 2019.

NEITI further disclosed that the total number of employees in the oil and gas sector in 2019 were 18,856. Eighty two per cent of these numbers were male while 18 per cent were female. The top management accounted for 10 per cent, middle management, 47 per cent and lower-level staffs, 43 per cent.

On total expenditure on environmental impact assessments in 2019, the NEITI report pointed out that $480,525 and N154.48 million were expended, while $2,420,268 and N33,190,931 was spent on fees and other costs associated with environmental monitoring and evaluation.