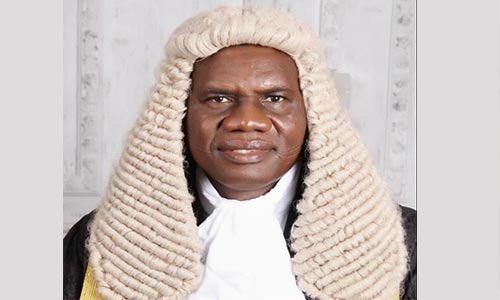 Lokoja Branch of the Nigerian Bar Association has honoured Usman Ogwu Sule, SAN, with an accolade for being the very first homegrown Senior Advocate of Nigeria, In Lokoja Town

Usman Ogwu Sule SAN, as he is known is the first Lokoja indigenous private legal practitioner to have been conferred the prestigious rank of Senior Advocate of Nigeria in the history of Kogi State.

The learned silk of U.O Sule and Co., Sumfah Consults has no doubt distinguished himself as a reputable bar man.

The learned silk is from Lokoja branch of the NBA, and a two-time National Officer of the NBA national. He was the Welfare Secretary between 2010 to 2012, and National Legal Adviser between 2012 to 2014.

He has also served as an NBA prosecutor between 2012 to 2017. He is also a member of the Council of Legal Education, and NBA NEC till date.

He is also a human rights activist known for engaging in pro bono cases. He is also into election tribunal matters.