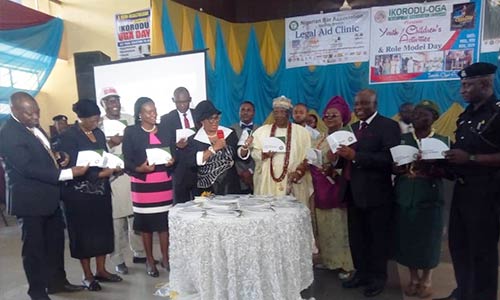 The Ikorodu Branch of the Nigerian Bar Association presented its one year report of its PDSS activities to the general public on the 13th of November 2019 at the Ikorodu Town Hall.

The Event which was made part of the Ikorodu Oga Day Festival was attended by various dignitaries from the Legal, Public and Private sectors including traditional rulers led by the Oba of Ikorodu; HRH Oba Shotubi the Ayanburen of Ikorodu.

The Theme of the event was ACCESS TO JUSTICE FOR THE SUSPECT/ACCUSED: THE IMPACT OF THE POLICE DUTY SOLICITOR’S SCHEME – A REVIEW OF POLICE FORCE ORDER 20 and The Mandatory Visits by Magistrates to the Police Stations 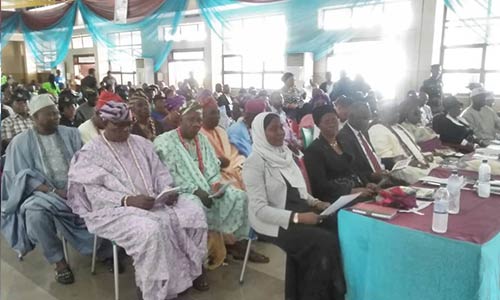 Other guests present were Magistrates of the Ikorodu Division, the Director of OPD, Deputy Director of CMC, the Chairpersons of FIDA, Lagos and AWLA; the representative of the Lagos State Law Reform Commission, the Chairman of the Ikorodu cluster of the CDHR, representatives of Citizens Gavel (developers of the Police Duty Solicitor App), PCRC executives from across Ikorodu, Senior Police officers, CDHR, CLEEN Foundation, LPILP, SERAP and other Community leaders.

The Chairperson of the occasion; Hon. Justice Opeyemi Oke (Chief Judge Emeritus), after a brief remark, presented and unveiled the report which was then distributed to over 140 participants at the event.

The Chairperson then called on beneficiaries of the initiatives to give their testimonies on how the PDSS and Legal Aid interventions of NBA Ikorodu Branch had assisted them. 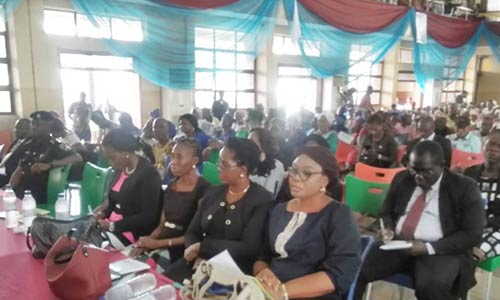 A representative of Citizens Gavel was called upon to introduce the PODUS App which was developed to assist PDS in collecting data.

NIGERIAN BAR ASSOCIATION, IKORODU BRANCH would like to thank its Partners which include the Lagos State Judiciary, Lagos State Ministry of Justice, Open Society Justice Initiative, Total E & P Coop Society, EU Sponsored British Council RoLac Programme, PZ Cussons, IKODASS and others who have contributed to the success of this Initiative. 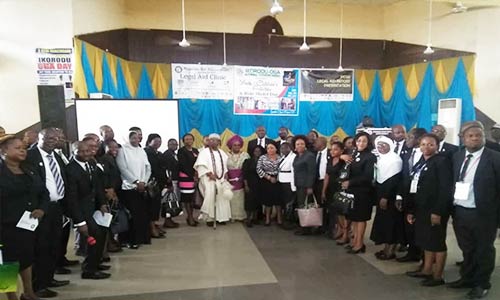 COPIES of the report which contains the POLICE FORCE ORDER 20 will be circulated at the next NBA NEC MEETING to every branch to take back to their respective jurisdiction to implement same.