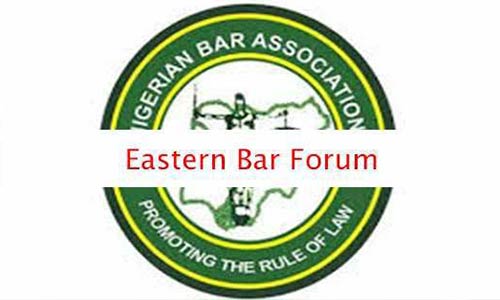 By Chief Godwin O. Effiong
As the 2020 election into the various offices of  the Nigerian  Bar Association hot up, it’s  important the Eastern Bar Forum which is the regional forum of the old Eastern Region and the east as recognized  by the NBA constitution handles the issue of minority rights in the forum carefully,  lest it suffers a repetition of the 2018 NBA elections saga that almost led to its untimely demise after the elections.