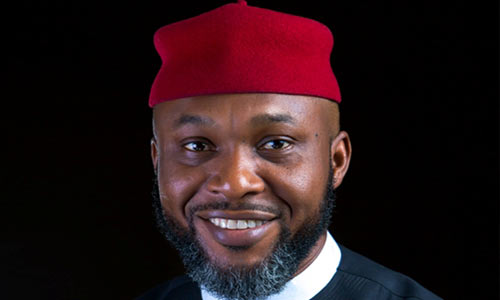 Chief Osita Chidoka, a chieftain of the Peoples Democratic Party (PDP), has canvassed one-chamber federal law making house as one of the practical steps toward reducing the cost of governance.

Chidoka said this in a statement issued by Mr Ikechukwu Okafor, his Special Adviser on Media Relations in Awka on Thursday.

“In Nigeria, we need a unicameral legislature with six members each from the 36 states and two members from FCT.

“The legislature with 218 will be less than 50 per cent of current members and term limit of three terms.

“2020 budget for NASS at N125bn is higher than the combined budget of Education N48billion (excluding UBEC & TETFUND), Health N46bn and Social investment N30billion.

“Reducing National Assembly members by half in 2023 will provide over N60billion annually for the social sector that will be 600billion over 10 years,” he said.

The former Minister of Aviation said the unicameral legislature should consist of six lawmakers from each of the 36 states of the federation and two from Abuja, the Federal Capital Territory (FCT).

Chidoka said the new National Assembly, as proposed, by him would be both efficient and economical than the system in practice.

He described the budget of N125 billion for the National Assembly as “hugely extravagant“ in an economy adjudged to have over 100 million poor people with gross infrastructure deficit.

Chidoka said even more worrisome was the fact that, the NASS budget for this year was almost the same with combined proposal for health, education and social investments.

He said the funds that would be saved from such contraction would be available for investment on policies and projects that would serve the common interest of the greater number of the population.

Chidoka said to effect reduction in cost on the executive arm, there should be only one term of five or six years.

He said this would reduce the huge cost of running for re-election and enable incumbents focus on the business of governance while in office.

“Again, to reduce the pillaging of state resources for re-election and focus on development we need a single term Executive office of five or six years.

“We cannot afford the cost of re-elections, there should be one term for President and Governors.” (NAN)