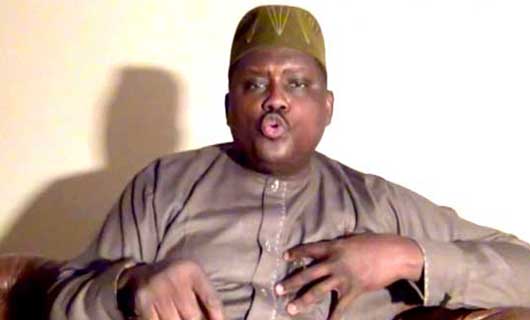 The Economic and Financial Crimes Commission has secured an order of the Federal Capital Territory High Court, Bwari, to detain former Chairman of the Pension Reform Task Team, Mr Abdulrasheed Maina and his son, Faisal, in its custody pending the conclusion of ongoing investigation.

The order, which was given on October 7, 2019, following an exparte application by the anti-graft agency, empowered the commission to remand the defendants in its custody for an initial period of 14 days.

The court, however, noted that the order was subject to review if necessary, the EFCC spokesman, Wilson Uwujaren, disclosed in a statement in Abuja on Wednesday.

Maina and his son were arrested at an Abuja hotel by the Department of State Services and were subsequently handed to the EFCC for further investigation and prosecution on allegations of fraud and money laundering to the tune of N2.1 billion.

Before he was handed over to the commission last Wednesday, Maina had been evading arrest for over four years.

The former director, Human Resources Department, Ministry of Interior, had been charged alongside a former head of service, Steve Oronsaye, Osarenkhoe Afe, Fredrick Hamilton and Global Services Ltd. before a Federal High Court on 24 counts bordering on procurement fraud and obtaining by false pretence, in July 2015, but he absconded from the country.

Our correspondent reported that Maina had been visiting the country regularly from his base in the United Arab Emirates, despite being under surveillance and on the watchlists of security agencies

He had been hibernating in UAE until he met with the Attorney-General of the Federation and Minister of Justice, Abubakar Malami, in Dubai in 2016, during which he was reportedly assured of his safety in Nigeria.

Following the assurances, Maina resumed at the Ministry of Interior where he was promoted as director, Human Resources Department, without sitting for the mandatory promotion examination.

Malami had in November 2017, admitted before a Senate ad hoc panel probing Maina’s reinstatement into the civil service that he met with the former PRTT boss in Dubai.