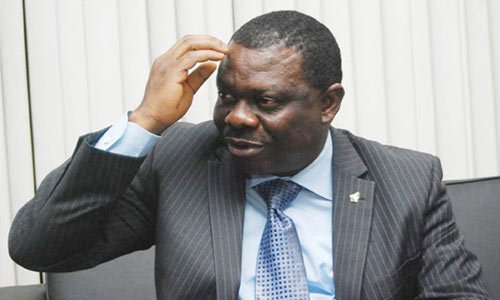 Concurrent judgments by the Federal High Court and the Court of Appeal have declared a former Attorney-General and Minister of Justice under the late President Umar Yar’Adua administration, Mr. Michael Aondoakaa (SAN), as unfit, incompetent and improper to hold the office which he occupied between July 26, 2007 and February 10, 2010.

Justice Adeniyi Ademola, then of the Calabar Division of the Federal High Court (now of Abuja Division), had in a judgment on June 1, 2010 perpetually barred Aondoakaa from occupying or holding the office of the AGF and Minster of Justice and public offices in Nigeria.

The judgment was affirmed by the Calabar Division of the Court of Appeal on September 3, 2015, the certified true copy of which was obtained by our correspondent on Sunday.

The Court of Appeal, in the unanimous decision of its three-man panel, led by Justice Chioma Nwosu-Iheme, held that in his capacity as the AGF, Aondoaka “undermined and subverted the rule of law, the due administration of justice and the independence, authority and integrity of the judiciary.”

Other members of the panel of the Court of Appeal were Justices Paul Elechi, who read the lead judgment, and Justice Olubunmi Oyewole.

The earlier judgment of the Federal High Court, which was affirmed by the Court of Appeal, had read in part, “Accordingly, this court makes the following declarations and orders:

“A declaration is hereby made that the 2nd defendant (Aondoakaa) undermined and subverted the rule of law, the due administration of justice and the independence, authority and integrity of the judiciary in the letters of January 8, 2008 and February 16, 2009 written by him in the capacity of the 1st defendant (AGF).

“A declaration is hereby made that the 2nd defendant is not a competent, fit and proper person to office as the 1st defendant (AGF), having regards to the oaths of allegiance and office.

“A N50m exemplary damage is hereby awarded against the 1st and 2nd defendants in favour of the plaintiff.

“A perpetual injunction is hereby made restraining the 2nd defendant from occupying/holding the office of the Attorney-General of the Federation and Minster of Justice and public offices in the Federal Republic of Nigeria.”

The court also declared, “It is further ordered that in the light of this judgment as well as Section 150(1) of the Constitution of the Federal Republic of Nigeria, 1999, the 2nd defendant, Michael Kaase Aondoakaa, (SAN), be referred to the Nigerian Bar Association for appropriate disciplinary action whilst copies of this ruling be served on the Honourable Attorney General and Minister of Justice, and the Nigerian Bar Association.”

The letters by Aondoakaa were said to have deprived the plaintiff, Emmanuel Obot, of being sworn into the House of Representatives following the 2007 general election despite the final judgment of the Court of Appeal ordering that he should be issued fresh certificate of return and be inaugurated.

The plaintiff had in the suit FHC/CA/CS/50/2009, dated May 5, 2009, sued Aondoakaa as the AGF and in his personal capacity. But the judgment was only delivered in the case after Aondoakaa had left office.

The Court of Appeal had resolved all the issues formulated by Aondoakaa in his appeal against him.

Some of the issues raised by Aondoakaa but struck down by the appellate court included alleged non-service of the originating processes on him personally when the suit was commenced at the Federal High Court, as well as contentions that the suit had been overtaken by events having left office as AGF when the judgment was delivered and that the FHC lacked the power to determine whether he was qualified to hold the office of the AGF.

Justice Oyewole, in his concurring judgment, described the facts leading to the appeal as “a sordid low in the administration of justice in this country.”

“It is unthinkable that the occupier of the exalted office of Attorney General would subvert the ends of justice as was crudely done in this case by the appellant (Aondoakaa),” Justice Oyewole held while adding that “public office is a sacred and an Attorney General should epitomise all that is good and noble in the legal profession.”

Justice Oyewole added, “That office should never again be occupied by individuals of such poor quality as the appellant.

“It is ironic that the appellant could approach the same temple he so brazenly desecrated for succour against the consequences of his appalling conduct.”