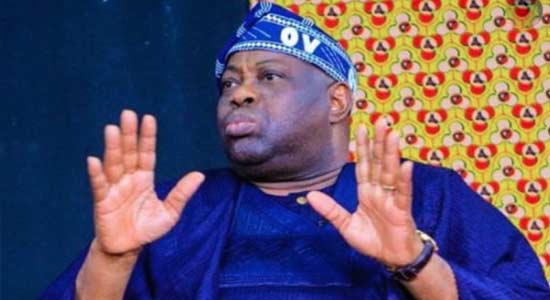 *Says Leaving PDP will be political suicide for Wike’s allies

A former Peoples Democratic Party (PDP) presidential aspirant and publisher of Ovation Magazine, Dele Momodu, has said that the only crisis surrounding the PDP is caused by one person.

Dele Momodu stated this on Thursday during a chat with ARISE TV concerning the recent withdrawal of Governor Nyesom Wike’s camp from the PDP campaign council.

The PDP has been in turmoil since May when former Vice President Atiku Abubakar was elected as the presidential candidate of the party.

Wike, whom many thought would be chosen as the party’s vice-presidential candidate, was ignored by Atiku who picked Governor Ifeanyi Okowa of Delta State as his running mate.

On Wednesday, Wike’s allies announced they would not participate in the PDP’s presidential campaign unless the party’s national chairman stepped aside.

Reacting to the situation, Momodu said Wike and his allies have the right to leave the party.

He said, “I want to publicly appeal to them again. If they decide to go, it’s within their rights. Nobody can stop any grown man from making a decision.

“If their decision is to throw their support behind a candidate of another party, it is fine. But honestly, this is my opinion, it will be political suicide. That’s the truth because they have so much at stake.

”Will Governor Seyi Makinde [of Oyo state] say ‘during the presidential election, don’t vote for PDP; during the governorship, vote for me.’ It does not work that way.”

He added that the only problem in the party was caused by one person who lost an election.

“The long and short of it is that we have crisis, and to solve the crisis, we should appeal to those who truly love the party to support the party, to work for the success of the party.

“The APC is also battling with their Muslim-Muslim ticket conundrum with no solution to that. Ours is just one major man in our party who lost an election,” he said.