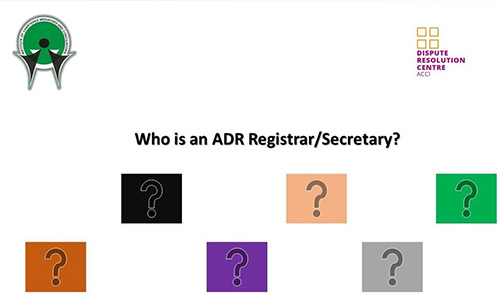 “Lawyers shall treat one another with respect, fairness, consideration and dignity, and shall not allow any ill-feeling between opposing clients to influence their conduct and demeanour towards one another…” Rule 26 {1} Rules of professional conduct for legal practitioners (2007).

In his relationship with other lawyers, a lawyer shall observe good faith and fairness in dealing with other lawyers; it doesn’t matter if he is in private practice or under the employ of any government parastatal. Once a lawyer gets involved in an interaction of whatever sort, the relationship ethically ought to be professional and cordial, whatever may be the ill feeling existing between clients, it should not be allowed to influence the counsel in their conduct and demeanour towards each other.

Sadly, the case is not so with some lawyers in the employ of the Nigeria Police Force. There are quite a number of those who are professional in their dealings with other lawyers but then, there are a few bad eggs. A young lawyer once told me of an incident where a police officer who claimed to be a lawyer tried to haul him into a police van for no genuine legal reason.

It is important to note that if a lawyer is found violating the laws of the land he is subject to arrest as provided under the law. Even those saddled with enforcing the law must act within the confine of the law, as no one is exempted from the provisions of the constitution of Nigeria, both the lawyer and the police.

If a lawyer is found wanting, the police has a duty to act but in accordance with the law. A police officer who is a legal practitioner should be in a better position to understand the legal implications and act accordingly. A police officer is empowered by law to arrest any person without a warrant if the person commits an offense in his presence, (b) he reasonably suspects a person of committing an indictable offense, (c) the police officer is obstructed while executing his duty, (d) a person escapes or attempts to escape from lawful custody, et al. This sows that every police officer should or ought to know the requirements of a valid arrest, but sadly the reality is different from what is provided.

We have so many awaiting trial inmates in Nigerian Prisons today because one police officer or the other did not do what he is expected to do in accordance with the law, the prosecution processes are messed up, bail applications that ought not to be hectic as provided by law is a nightmare for any young lawyer, the Miranda rights are hardly read to a suspect before arrest, the right to remain silent as enshrined in the constitution is often violated, and so on. This does not speak well for the Police Force.

It is even more disheartening when a lawyer in private practice without committing an offense introduces himself to a police officer on duty who is a lawyer, yet the police officer uses the vulnerability of the young wig at that time to embarrass and demean a fellow colleague.

Police officers are employed for the prevention and detection of crime, the apprehension of offenders, the preservation of law and order, the protection of lives and property and the due enforcement of all laws and regulations with which they are directly charged, and not to intimidate citizens with their uniform and rifle.
Now that the Federal Government has pledged to recruit 10,000 police officers, a legal officer should either be provided in every police station or easily reachable to avoid certain unnecessary squabbles that ensue between lawyers and policemen when a suspect client is sought to be released from their custody.

There are quite a number of good police officers who perform their duties optimally and in accordance with the law, it is however unfortunate that the bad eggs are the ones we mostly meet on a day-to-day basis, and this sets of officers have soiled the good image of the Nigeria Police.