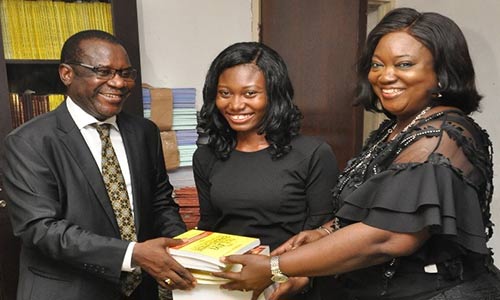 Lawbreed Limited the Publishers of Judgments of the Supreme Court of Nigeria (S.C Reports) (on the authority of the Supreme Court) and other Law practice Books has honoured Miss Naomi Uwem Ekop, for emerging the best student in her set at Nigerian Law School.

Mrs. Adejoke Layi Babatunde lauded Naomi for such an excellent record during her law school time stating that she is such a sweet, simple and amazing young lady that chartered away all the prizes last year at the November Call To  Bar 2018.

“I’ve been pursuing her since last year to come out and lets honour and celebrate her but for one reason or the other that my dream didn’t materialise until yesterday. I had tried to get Naomi to come to the NBA Conference 2018 held, August,  in the city of Lagos. For her to come and receive this honour in the presence of over 12,000 Lawyers, I  discussed with conference planners and then, last-minute Naomi asked, please ma’am can someone come and collect it on my behalf. I said nope. 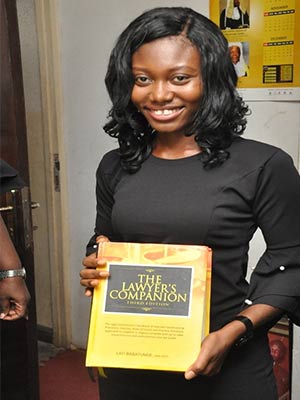 “At the last Time out with the masters again I tried but she was busy, tucked away in Bayelsa state.

“Later I got to realise that Naomi doesn’t really like Lagos that much.

“But trust me I didn’t give up. I said if it was an entertainer or some other celebrity or other people the media would have gone awash!

“I didn’t give up because I’m also an advocate of the girlchild.

“Last year there were so many people that got a first-class but Naomi’s own first class was the Oga of all the other first classes.

“Now don’t get me wrong. Not everyone will get first-class but when we see those who do please let’s shine the beam light on them to show that its doable and achievable, that they don’t have two heads, that a woman can also be a genius and be the best,” she said.

Speaking further she said for Naomi to come first in a class of over 5,000 students, she is just too much. 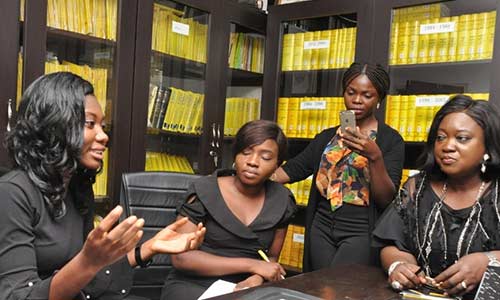 “You are an inspiration, a role- model to the girl-child.

“This year I understand it’s a guy, Mayowa Mubashir Abiru that is the best graduating student.

“We at Lawbreed will like to celebrate him too. It’s no joke,” Mrs. Adejoke added.

Naomi was also privileged to speak with one of her favorite silks, Mrs. Funke Adekoya ( SAN), on the phone to give her some tips. 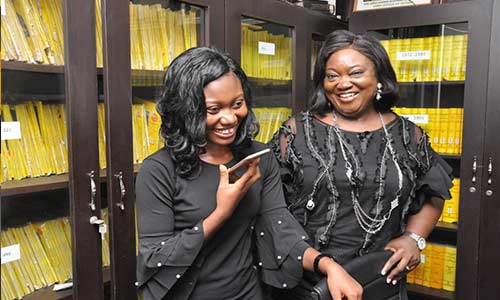 In 2018 Set, Nigerian law School Naomi emerged as the best student as she graduated with 100 percent record thereby whisked away 13 awards.

The categories of awards Naomi got last year include: