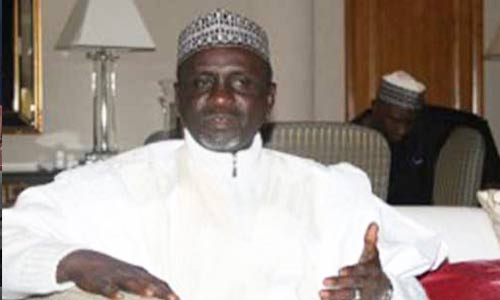 Former governor of Kano State, Senator Ibrahim Shekarau, has opened on the current crisis rocking the state chapter of the All Progressives Congress (APC), revealing that he has been trying to see Governor Abdullahi Ganduje to no avail for eight months.

“You see, the last time I met him (Gov Ganduje) one on one was in March this year (2021). If I count the months, it is eight months now. I made several efforts to see him but he failed to grant me audience,” Senator Shekarau alleged.

While speaking during an interview with the Voice of American Hausa service, Senator Shekarau maintained the crisis could have been avoided but for the arrogance of the governor.

According to Shekarau, the governor’s aides he contacted about seeking an appointment with him know what he is talking about.

“As a former governor and a serving senator, I think I deserve respect. Even if he (Ganduje) wouldn’t give it to me, let him give me a little respect.

“This is the situation we found ourselves. Would you believe, as a senator in the state, I don’t know what is happening? The governor is the one doing his things without consulting us elders and stakeholders of the party in the state.

“We are up to 20 stakeholders in the party in Kano who the governor has sidelined. For instance, we have people like Musa Gwadabe, an 80-year-old man, the current Minister of Defence (Magashi), Gen Jaafaru Isa etc,” he alleged.

Shekarau, who also holds the title of Sardauna Kano, noted that the utterances of Ganduje’s factional chairman was worrisome.

He added: “The chairman who is a prince of a Kano emirate came out to say that APC in Kano belongs to Gov Ganduje, belongs to his wife and the emirate and whoever is not happy with this arrangement should leave the party.”

Shekarau revealed that after reviewing the whole issue they decided to hold their congresses, saying “since it has become apparent we are not needed in the party.

“Even after our congresses, we realised they are trying to silence us permanently so we decided to seek legal redress,” he declared.