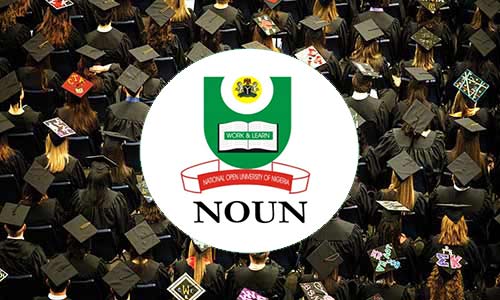 ….Offer Not In Good Faith

Embattled law graduates of the National Open University of Nigeria (NOUN) have again petitioned President Muhammadu Buhari over the offer by the Council of Legal Education which they described as unfair resolutions with discrimination, inequality and above all, unknown to any law in the country.

This was contained in the communiqué to President Buhari on Friday by the Law Graduates Forum (LGF) of NOUN which was signed by Carl Umegboro and Ado Usman Garba; the group’s chairman and secretary respectively.

The CLE chairman, Chief Emeka Ngige (SAN) had during the National Executive Committee meeting of the Nigerian Bar Association in Abuja on Thursday stated that the Director General, Nigerian Law School, Prof Isa Hayatu Ciroma (SAN) suggested that NOUN law graduates would be admitted into Bar Part-1 instead of Bar Part-2 which they qualified for as home students, and added that even the Bar Part-1 would be different from the existing curriculum foreign students go through for 3 months but one Full year prior to qualifying for Bar Part 2.

The group rejected the offer stating that it was not made in good faith stating that such offer would do more harm than good to them knowing that apart from reducing them as inferiors to their counterparts, it would discriminate them and easily pave way for malice, intimidations and frustration while in the law school since they will be isolated group.

LGF chairman stated that they are not afraid of review of curriculum as long as it would be for all students if the Council is of the view that reviews are necessary adding that NOUN law graduates had once defeated their counterparts in a contest with a good margin, but to run a strange curriculum different from what others undergo is injustice and unacceptable. The statement reads;

“We received a pleasant news on the resolution of NOUN/Law School crisis on Thursday only to read through and discovered an obnoxious clause in the statement issued by the Council of Legal Education after its meeting. The clause echoed double standard, and therefore not in good faith;

“They will have to run the BAR PART 1 for one (1) full academic calendar year as in place of 3 months which foreign students use for the BAR PART 1”.

“Your Excellency, Sir, it is indeed heartbreaking the manner of discriminations despite Presidential assent which reconciled the alleged controversy in the NOUN Act coupled with unbearable provocations we have been subjected to by authorities since 2013 but calmed down for amicable resolution”.

“Sir, Section 42 of the 1999 Constitution, Federal Republic of Nigeria (as amended) provides for Right to Freedom of Discrimination. Please, are we not also protected by the right? We make bold to state that we cannot run a separate strange curriculum outside the existing two; either as home or foreign students”.

“Clearly, the clause amounts to discrimination, inequality and intimidations and we reject it in entirety. We studied in NOUN as NUC accredited home institution like others and therefore there’s no basis to be treated differently from other universities in the country. We believe the clause was to ignite disagreements to further prolong the crisis”.

“However, if for any reason, Bar Part-1 must become an option, it cannot be different from the existing Bar Part-1 for foreign students which runs for three months. The strange 1-year duration exclusively for NOUN law graduates which will separate us from other students is unacceptable as malice and other plots may play out”.

“Sir, we wish to categorically reiterate our position that we will not sit and allow fresh graduates admitted into the Nigerian Law School for vocational training again while we continue to roam the streets as we have been subjected to unbearable hardships and adversities for no just cause for years”.

It was also added that when admitted into the strange Bar Part-1, those who fail cannot be allowed to rewrite unlike other students from other universities.

The LGF appealed to President Buhari to use his good office to resolve the crisis without further delay adding that it is shocking that till date, the stakeholders meeting as directed by the Presidency has not been held which it said, is to say the least, strange in administration. The petition was copied to the Minister of Education, Mallam Adamu Adamu.