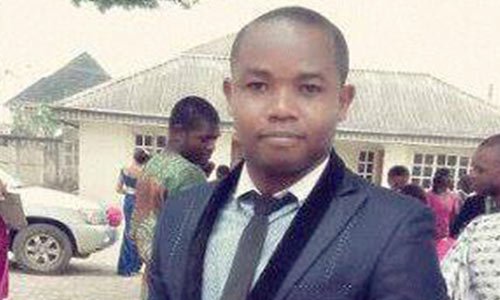 The decision of the Armed Forces Ruling Council led by Gen. Ibrahim Babangida (Rtd.) to annul the June 12, 1993 election will go down as a watershed in the annals of our history.

For the first time after independence, the word UNITY had a meaning to Nigerians. We saw the Igbos across the nation closed their shops, the Yorubas dumped their farms and shut down their businesses. The Fulanis abandoned their cows and the Hausas thronged polling stations in their numbers. The great people of the Niger Delta were not left out as they took time off from their crude oil locations, and together from all regions, Nigerians recorded their footprints and fingerprints on the pad of history.

Of note is the fact that Nigerians did not care that both candidates on the ballots were Muslims. At the end of the day, Abiola received over 8 million votes winning in 20 states while Bashir Tofa received a little above 6 million votes and won 10 states.

The events that led to the annulment of the June 12 1993 election threw the nation in anarchy and led to the death of the presumed winner of the election.

Since the death of Abiola, democracy has reeled in the throes of mourning and pain. Abiola’s name was gradually fading off in history, and from the minds of many who were too young to remember the sacrifices made by many for the blossoming and entrenchment of democratic rule in Nigeria.

Elder statesmen in any society are regarded as mighty men behind the scenes, not cupbearers and rabble rousers in the frontline.

President Buhari took a very tough decision last year to recognize Abiola as the winner of the June 12 election and also set aside June 12 of every year as democracy day.

As laudable as this appears, so many questions arising from the outcome of the June 12 election is begging for answers and these include:

Over the years, we have been wired to believe that the North is by far more populated than the South. In fact, this theory has been well entrenched to the extent that 4 states in the North have the potency to determine where the pendulum of victory in any election will go to (as evident in the 2015 and 2019 elections).

President Buhari and indeed the Federal Government have officially recognized Chief Abiola as the winner of the 1993 elections and have even gone further to pass a law recognizing June 12 as Democracy Day in place of May 29th. However, what the government have failed to do (which is deliberate) is to make official the result of the elections.

Truth is, Gen. Babangida as a person had no issues with Abiola being the President of Nigeria, rather, why the election of June 12 was annulled was as a result of the outcome of the result and what the voting pattern revealed.

Abiola’s victory revealed this hard truth and it was a bitter pill that Gen. Babangida and his cohorts couldn’t swallow.

In today’s Nigeria, we are meant to believe that the most populous state in Nigeria is Kano therefore Kano delivers the highest number of votes in elections in Nigeria( in fact in the 2019 election, votes from Kano and Katsina alone outnumbered the entire votes from the South South region) notwithstanding that Jigawa state, created in 1991 was carved out from Kano.

In the 1993 elections, with a son of the soil on the ballot, Kano could only deliver a total of 442,176 votes as against 1,011,397 votes from Lagos State. It then stand to believe that the large number of votes attributable to Kano states during elections is not just fictitious but also a mirage.

With the margin between Lagos and Kano state in the June 12 1993 election, it is only a sorcerer that can conjure the figures attributable to the North particularly Kano, Katsina, Kaduna and Jigawa states during elections. It is instructive to note that as at 1993, the 4 largest states by votes were all based in the South, within a twinkle of an eye, the Northern states have overtaken the Southern states.

In 1993, states like Rivers State, Anambra State and Oyo State provided more votes than Kano notwithstanding the fact that an indigene of Kano was on the ballot, today, votes from Kano can conveniently cancel the votes coming from Rivers, Oyo and Anambra put together. This is indeed the 8th wonder of the world.

Not until the population question is properly determined, our elections will continue to be a farce and anti-people. The first way to begin is to recognize the result of the 1993 election as even a census cannot determine this already flawed population data.