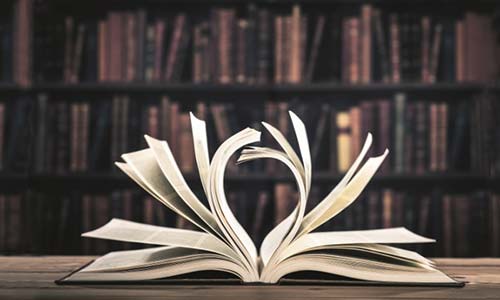 Nothing reflects the controversy surrounding the description of a terrorist better than the recent proscription of the Islamic Movement in Nigeria (IMN) as a terrorist organization by the federal government following an order of the Federal High Court.

The decision has also exposed major shortcomings of not only the Terrorism Prevention Act 2011 (TPA), but the notorious absence of a global consensus on the descriptive characterization of terrorism. The definition of terrorism in the TPA is vague; only political parties are immune from designation and proscription as terrorist organizations, and the procedure for the designation of a group as a terrorist organization and its deproscription is unsatisfactory and open to abuse. Any group of persons can be labeled a terrorist organization based on loosely defined opinions. The use of proscription powers is a standard practice under terrorism law, although the infusion of checks and balances remains controversial.

Despite the fact that the procedure adopted by the federal government in designating the IMN as a terrorist organization complies with Section 2 of the Terrorism Prevention Act 2011 and has therefore followed the due process of the extant terrorism law, the provision gives the Attorney General of the Federation (AGF), National Security Adviser (NSA), Inspector General of Police (IGP), and the President of the Federal Republic of Nigeria, unfettered powers over which body they may proscribe. The duty of the court throughout the proceedings is essentially only to formalize and consummate the process, and not to examine the merit of the application. Afterwards, the Attorney General may, subject to the approval of the President, apply to the court for a withdrawal of the order if he is satisfied that the organization has refrained from acts of terrorism and no longer constitutes a threat to the security of the country. In the absence of that, the proscription order may last forever. In consequence, the AGF, NSA, IGP, and the President of the Federal Republic of Nigeria together, make the grave decision to proscribe an organization or to review the order. There is no requirement under the TPA to balance the executive, legislative and judicial powers of state.

The Attorney General, NSA, or IGP is not even required by the Terrorism Prevention Act to make the decision to proscribe an organization on ‘reasonable ground’. This leads to the question, whether the executive, legislature, or the judiciary should be the proper or final authority to decide not only whether a proscription order should be made, but also to make it. The proper action to take, so as not to breach the rule of fair hearing since the court is involved at the preliminary stage, is for the AGF, NSA, or IGP, to apply to the Federal High Court for an order inviting the organization sought to be proscribed, or any member of it, to show cause why it should not be declared a terrorist organization. Presently, the TPA does not require any of them to take this step. The proscription power in the TPA has been criticized because of its potential interference with civil liberties and the necessity of subjecting it to independent judicial or legislative control.

The procedure, also used for the proscription of the Indigenous People of Biafra (IPOB) in 2017 generated public outcry. Presently again, mixed reactions have trailed the designation of the IMN as a terrorist organization. Section 2 of the TPA 2011provides that:

(a)        participating or collaborating in an act of terrorism;

(b)        promoting, encouraging or exhorting others to commit an act of terrorism: or

(c)        setting up or pursuing acts of terrorism, the judge in Chambers may on an

application made by the Attorney General, National Security Adviser or Inspector General of Police on the approval of the President; declare any entity to be a proscribed organization and the notice should be published in official gazette.

official gazette, in two National newspapers and at such other places as the judge in Chambers may determine.

relevant particulars as the judge in Chambers may specify;

(ii)        for the avoidance of doubts, political parties should not be regarded as proscribed organizations and nobody should be treated as such because of his or her political beliefs.

(5)        The Attorney General upon the approval of the President may

India, Australia, Uganda, Kenya, Malaysia, and the United Kingdom have comparable laws or procedures for the proscription of terrorist organizations.

Two legislations regulate the proscription of terrorist organizations in Australia: The Security Legislation Amendment (Terrorism) Act 2002 (or here referred to as the SLAT Act), and The Criminal Code Act, 1995. Division 102.1 (3) of the SLAT Act authorizes the Governor-General to make a regulation specifying an organization to be a terrorist organization if the relevant minister is satisfied on reasonable grounds that (a) the Security Council of the United Nations has made a decision relating wholly or partly to terrorism; and (b) the organization is identified in the decision, or using a mechanism established under the decision, as an organization to which the decision relates; and (c) the organization is directly or indirectly engaged in, preparing, planning, assisting in or fostering the doing of a terrorist act (whether or not the terrorist act has occurred or will occur). Australian law imposes a high threshold requirement which an organization must meet before it may be proscribed, that is, its level of violence and atrocities must have attracted the attention and condemnation of the United Nations Security Council through its pronouncements. In contrast, the Nigerian TPA imposes a very low threshold for declaring a body a terrorist organization.

A blend of the Kenyan and the UK positions on proscriptions provide safer guarantees for the protection of civil liberties than the present rules in the Nigerian Terrorism Prevention Act 2011 do. The procedures are transparent, simpler, and do not confer upon any arm of government, the sole responsibility of determining which organizations to proscribe. A proscription order should have a lifespan, so that a status review of the proscribed organization is automatically activated periodically.