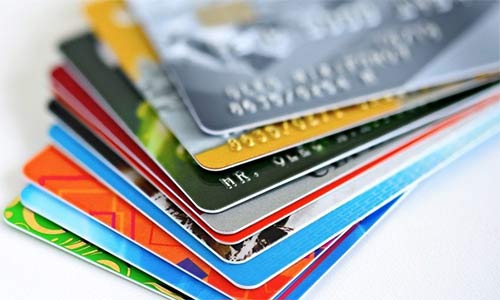 The naira may yet face another hurdle in the international market as international mer­chants on Monday started re­jecting naira debit cards for transactions, Daily Independent reports.

A source informed Daily Independent on Monday that some shoppers began to no­tice the trend at the weekend but development became wor­risome on Monday when they were out rightly rejected.

“I was told severally to use another card while attempt­ing to buy an item through eBay”, our source said.

He, however, was able to complete the purchase after using his dollar denominated debit card.

“It was my dollar denomi­nated debit card that saved the day for me”, he added.

Investigation by Daily Independent confirmed the development as an attempt to shop on Amazon by our cor­respondent with his naira denominated debit card was rejected.

Those who spoke with Daily Independent said the decision of these internation­al sellers was a result of the travail of the naira in the last one week.

The naira suffered a tem­porary depreciation last week when the dollar was sold between N405 and N420 on Thursday. Operators said it was triggered by speculations in the market, as a result of the sudden crash in oil price at the international market on Monday.

Before now, the dollar price had been stable around N360 due to interventions by the Central Bank of Nigeria (CBN).

The CBN reacted when it said the spike was as a result of activities of speculators who attempted to hoard the dollar to create artificial scarcity.

The naira later traded between N364 and N380 to a dollar on Friday at the Bureau De Change segment.

The CBN said in a state­ment that it had not devalued the naira, and that market fundamentals did not support naira devaluation at this time.

It also stated, “We have be­gun a robust and coordinated investigation in collaboration with the Nigerian Financial Intelligence Unit and related agencies to uncover the un­scrupulous persons and the FX dealers who are creating this panic. And the full weight of our rules and regulations will be meted out to them, including, but not limited to, being charged for economic sabotage.

“For nearly four years, the CBN has successfully main­tained relative stability in all segments of the foreign exchange market, which has enabled investors, households and other economic agents to plan and conduct their genu­ine foreign exchange transac­tions with relative ease.”

Meanwhile, the CBN on Monday, in an emergency meeting, unveiled stimulus measures to cushion the im­pact of COVID-19 pandemic on the Nigerian economy.

The apex bank cut interest rates on all applicable CBN in­tervention facilities from 9 to 5 percent per annum for one year effective March 1, 2020 and also granted a further moratorium of one year on all principal repayments.

The CBN also created N50 billion facility through the NIRSAL Microfinance Bank for households and small- and medium-sized enterprises (SMEs) that have been partic­ularly hard hit by COVID-19, including but not limited to hoteliers, airline service providers, health care mer­chants, etc.

The regulator said it acted in response to the coronavirus pandemic which has devastat­ed the global economy creat­ing unprecedented disrup­tions in global supply chains, sharp reduction in crude oil prices, turmoil in global stock and financial markets.

In a briefing, Godwin Emefiele, governor, CBN, said, “All CBN intervention facilities are hereby grant­ed a further moratorium of one year on all principal re­payments, effective March 1, 2020. This means that any intervention loan currently under moratorium is hereby granted additional period of one year. Accordingly, partic­ipating financial institutions are hereby directed to provide new amortization schedules for all beneficiaries.”

To meet potential increase in demand for healthcare ser­vices and products, the CBN has opened its intervention facilities, loans to pharma­ceutical companies intending to expand/open their drug manufacturing plants in Ni­geria, as well as to hospital and healthcare practitioners who intend to expand/build the health facilities to first class centres.

This is in addition to grow­ing the size of existing inter­ventions to the agricultural and manufacturing sectors in Nigeria.

The CBN also granted all deposit money banks (DMBs) leave to consider temporary and time-limited restruc­turing of the tenor and loan terms for businesses and households most affected by the outbreak of COVID-19 particularly oil & gas, agri­culture, and manufacturing.

“The CBN would work closely with DMBs to ensure that the use of this forbear­ance is targeted, transparent and temporary, whilst main­taining individual DMB’s fi­nancial strength and overall financial stability of the sys­tem”, Emefiele said.