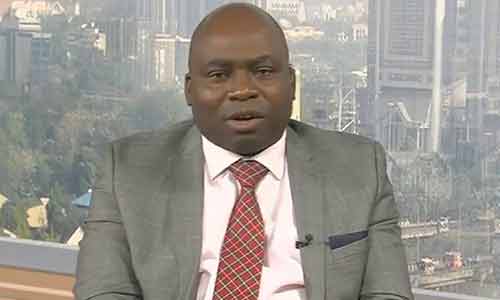 The Chairman of the Independent Corrupt Practices and Other Related Offences Commission, Prof Bolaji Owasanoye, has said that the commission will no longer entertain petty trade disputes involving individuals, while also appealing to members of the public to approach relevant agencies to seek redress on such disputes.

In an exclusive interview with our correspondent in Abuja, the ICPC boss also called on lawyers to approach the court after taking briefs that did not fall within the commission’s jurisdiction instead of pushing such cases to ICPC in forms of petition and writing.

According to him, the anti-crime agency is not a debt recovery outfit, noting that the main focus of ICPC is to tackle public- sector corruption.

He said, “There are many petitions that we inherited that we did not have any business focusing on. The police are wide spread and have the power to prosecute. Sometimes, the amount of money involved is so small compared to the cost of investigating.

“For example, we don’t have an office in Gombe State, so if we have a petition sent electronically to us in Abuja from there, instead of sending operatives to Gombe, we will advise that the petitioner sends it to the police or any other relevant agency near him. This is not to say that a wrong has not been committed but it is better investigated by somebody closer to Gombe than sending it to ICPC. We will not take such petition.

“Sometimes, the main offence that has been committed falls under other legislation. There are many petitions that relate to private transactions. For example, if I agree to buy a mobile telephone from you at a price and later pay less and fail to pay the balance as promised. Instead of going to court to sue for your money, you then send a petition to ICPC. Even if there are implications of attempt to defraud, it is still a private contract. ICPC is dropping such petitions.

“We also have situations where after people had briefed lawyers, instead of taking the case to court, the lawyers will then take the brief and write ICPC that their clients have been defrauded. They should have gone to court and file the cases on behalf of their clients.”

Owasanoye added that issues that had to do with tenancy agreement and will were not meant for the commission to act on.

“Tenancy issue is another type of petition we are not going to entertain. If someone dies and he does not leave a will, that is something that has to do with administration of probate, but people write ICPC over it. We are not going to take cases that have nothing to do with our jurisdiction. More so, ICPC is not a debt recovery agency, we don’t help people to recover debt. We are going to do away with all these type of petitions,” he noted.