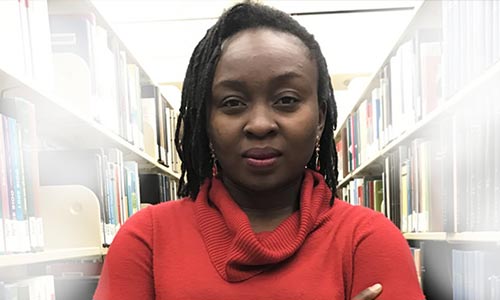 Two days ago, the Ninth National Assembly elected its leadership. The elation of the crowd on television should have been tempered by the knowledge that a whopping N4.8bn will be expended on this newly inaugurated club of spendthrifts as “Welcome Package.” Despite these new National Assembly members hawking the usual platitudes about democracy, growth, and development, we remain locked in an endless nightmare of our habits of underdevelopment.

The culture of waste the lawmakers represent was similarly enacted in Osun State where some 68 council chairmen were approved to travel to Dubai for a 10-day workshop to be “exposed and groomed on the international best practices in the area of Local Government Administration as it is being practised in the Advanced Democracies Worldwide (sic).” Thankfully, Governor Gboyega Oyetola cancelled the trip approval. It is commendable the governor was not impervious to the criticism, because no argument justifies that journey. Expecting anyone to learn to institute best practices from being exposed to “advanced democracy” (sic) in the UAE is like waiting for President Muhammadu Buhari to build functional hospitals in Nigeria because he has seen best healthcare practices in the UK.

Now, anyone who knows Nigeria enough should also be certain that while this trip has been killed in the wake of the outrage that attended it, it will likely be resurrected in another form. I am sceptical that the embarrassment that led to the cancellation of this one will be enough to deter public officials from organising future trips. This sort of jamborees sadly mislabelled “capacity building workshops” are the norm of the Nigerian public service, and one of the many means public officials get to vacation at public expense. We can recall that in 2012, the Speaker of the Oyo State House of Assembly, Monsurat Sunmonu, took the wives of the lawmakers on a trip to London, United Kingdom, for an ostensible special training they curiously captioned “Husband Support.” According to Ms. Sunmonu then, Oyo State was not the only culprit in such ventures, and the trip was warranted because the state government needed bipartisan cooperation. Taking the wives of lawmakers –including opposition politicians– to London to fete them was a strategy to achieve their political goals. Not much has changed since that time.

If there is any lesson to be learned from this Osun debacle, it is that in the age of social media and the ways it breeds propensity for mischief, government officials will be more wary about laying out detailed information when they want to misuse public funds. Official notices for trips that could cause them embarrassment like this one will more likely be subsumed under a more harmless agenda. Our leaders are sworn to waste of public resources, and they will stop at nothing to burn money for these kinds of frivolities. This latest incident hardly means a turning point in Nigerian political behaviour. These types of travels come with estacodes for those who take the trip, and that in itself is enough motivation for continued rapacious and unconscionable plunder of public tills. It is especially worse that Osun State is the one involved this time. Osun is one of the poorest states in Nigeria. It produces little and contributes even less, yet it borrows everywhere and spends themselves into insolvency. This trip is an example of the waste that must pervade Osun, and which explains why they are trapped in perpetual poverty and debt. Our leaders, who do not have enough prudence to know that a poor, struggling, and heavily indebted state like Osun has no business sponsoring mass tourism, have failed already the first test of understanding the best practices of advanced democracies and its application to their local situations.

The Dubai mission for the Osun LG chairmen is telling in a lot of other ways too.

There is a clichéd statement about hiding knowledge from black people by storing it in a book, and this instance has almost proved it axiomatic. It is concerning that these LG officials are going to Dubai to be “exposed and groomed” on the best practices of local government administration when all of that knowledge is extensively documented in books and is circulated widely enough for anyone to read without stepping on the plane. Up till now, I am still slightly confused as to how Dubai became the choice location for this fast food education. Are they trying to learn about the success of the United Arab Emirates by being directly exposed to the society, or they are trying to advance their knowledge of local government administration and the Dubai location merely happens to be a backdrop to this pursuit?

Whichever one is the answer, they were still wrong for even initiating the idea. Why did they have to go to Dubai to learn about practices that have been extensively archived in books and similar materials? You want to be “groomed” on best practices of local government administration? Read a damn book on the subject! There are plenty of them everywhere for serious leaders to learn. The story of Dubai/UAE has been written in various books. These books have explored its history, culture, politics, and even critically analysed the plans for their future. Learning about the UAE modernity requires a personal commitment to learning, not a fly-by-night trip for 68 people (along with aides, etc.) seeking what is not lost. How did they ever imagine that the bureaucratic acumen and the strategic insight that built Dubai could be learned by mere exposure to its skyline for 10 days? Such knowledge comes from committed and lifelong study, not from hasty trips designed for our leaders who want a break from the stale air of poverty and despair that hangs over their constituencies.

And that brings me to the last point on the subject of books vs. capacity building workshops: there is no workshop or crash course that can produce the kind of modernity that the UAE currently boasts of without a leadership that has also developed shame. If Osun politicians will take their time to read these two books- With United Strength, Sheikh Zayed Bin Sultan Al Nahyan, the Leader and the Nation, by the Emirates Center for Strategic Studies and Research and My Story: 50 Memories from Fifty Years of Service by Mohammed bin Rashid Al Maktoum – and perhaps others, they will come off with the insight that what built the UAE was more than a hurried grooming of clueless leaders at the expense of taxpayers. These books document the (auto)biographies of some of the founding fathers who built the modern UAE. They show that the evolution of the UAE happened, not just because they had strong and visionary leaders who pursued their goals with clear-sightedness, but that they have shame as well.

By shame, I mean these leaders had a measure of dignity and integrity to understand that they could motivate their society to be better than what they are. Unlike some countries, they did not just rely on the cure-all body language of their leaders. Even though they are very religious people, they did not relinquish their agency to God; they deployed secular insights into solving their problems. They believed it was possible to do better than reduce economic governance to borrowing from China to pay for goods imported from China. They do not just mouth “integrity” every time their leader watched a 32-inch TV; they worked hard at creating institutional mechanisms that embody integrity. They made the best of their natural resources, not just by disembowelling the earth for the ultimate goal of funding foreign jamborees, but to create prosperity for their people. They are not just about consumption and spending, but production as well. That is why they were able to transform into a country that dazzles all of us. None of the wisdom that made Dubai and the rest of the UAE can come to a people whose leaders watch them wallow in poverty and misery, and still lack shame to the point they could take out of their meagre earnings to go fool around for 10 days.