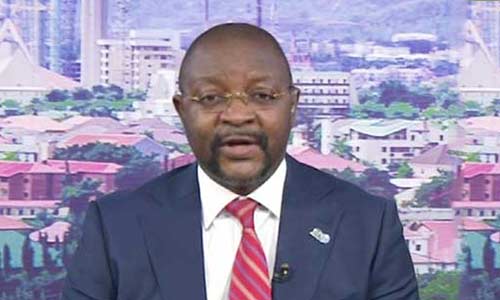 Provide evidence, ex- Eagles coach replies minister
The Minister of Youth and Sports Development, Sunday Dare, has accused former Super Eagles coach Samson Siasia of being economical with the truth in the wake of his life ban by FIFA, The PUNCH reports.

World football body FIFA’s life ban Siasia in 2019 for allegedly agreeing to “receive bribes in relation to the manipulation of matches” was on June 28 reduced to five years by the Court of Arbitration for Sport, with the court also canceling a fine of $50,000 imposed on him.

Siasia, in a press conference in Abuja, on Friday disclosed that he met Dare after the ban, but alleged that “all the minister could say was that there was no money.”

But Dare said the 53-year-old coach was given cash, adding that details of the transactions would be made public soon.

Also, a statement from Dare’s media office on Tuesday said, “The minister stayed on top of the case by pulling all strings to assist Siasia. In addition to the governors of Edo, Delta and Lagos, he made an appeal to the Chairman of the Governors’ Forum, the Ekiti State Governor Kayode Fayemi. In another instance, the minister took Siasia on a visit to the then Bayelsa State Governor Seriake Dickson to appeal for support for him.

“Siasia’s claim that government did nothing to assist him is untrue, deceitful, and misleading. While there are no budgetary provisions for such incidents, the ministry and the Office of the Minister gave Siasia all the support that led to the mitigation of his life ban from football-related activities.”

Reacting to Dare’s claim, Siasia, who coached the U-23 team to Olympic silver and bronze wins, challenged the sports minister to provide evidence that he collected money from the ministry and the government.

Siasia said, “If he (Dare) has any proof of how they (the government) helped me, they should bring it out, I’m not running away. It’s not a problem. I said the government didn’t help me. I met with him (Dare), he’s a nice guy and he was trying to help but he could not. What did I say that was bad there?

“I met him a week after he assumed office and he said they didn’t have money, so I went to Femi Adesina (Special Adviser to the President on Media and Publicity) and he sent me back to the sports minister.

“I told Adesina that I came to see the President (Major General Muhammadu Buhari (retd.)), to see if he could talk to Dare to help me, but he said I should go back to the minister.

“I have letters to that effect. I’m not saying he (Dare) did not do his best, I only said he could not help me because he just assumed office.

“If he has any proof that the Federal Government helped me, they should bring it out. Nobody is hiding anything here. I’m just disappointed they did not do anything. Private sector and some governors did, but ask Dare what did the FG do for me?

“He made effort to talk to people and that was it. Through him, I texted someone and he gave me money. Maybe that’s the help he is talking about. But it is not the government but an individual. I have nothing against the minister, but if he has proof of where the government gave me money, he should come out with it.”