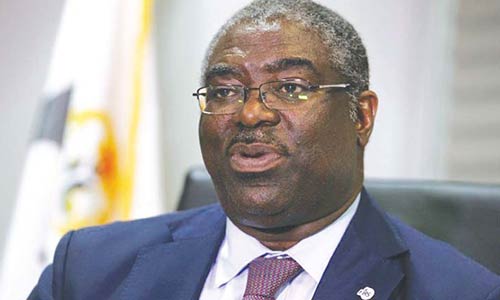 The Federal Government has paid the sum of N157.35bn Pay-As-You-Earn tax liabilities owed by Federal ministries, departments and agencies to states.

Fowler, who is also Chairman of the Joint Tax Board, spoke at the opening of the new National Taxpayer Identification Number Registration System for the South-East.

The amount, he said, represented the outstanding liabilities of PAYE by the federal MDAs to state governments from 2002 to 2016.

According to a statement from the FIRS, Fowler said out of the N157.35bn, about N23.87bn went to states in the South-East.

He expressed optimism that the remittance to states would encourage state governments to reciprocate and promptly remit all withholding taxes and Value Added Tax due to the federation account.

He said, “Over the last four years, the economic policies of the current administration have focused on establishing a stable foundation for further socio-economic growth and development.

“With the astute leadership of Mr President, the milestones achieved bear ample testimony to the impact that has been made, not only in tax-revenue administration, but in the environment of doing business in Nigeria.”

Fowler said in the last few years, the service had expanded the tax base from 10 million to 20 million taxpayers with the potential for an increase of up to 45 million before year end.

He also said there had been exponential growth in the Internally Generated Revenue collection at the subnational level by 46.11 per cent from N800.02bn in 2016 to N1.16tn in 2018.

Fowler commended the entrepreneurial skills of the people of Anambra State, adding that this would help to ensure sustainable development of the state.

He added, “The government needs your continued support by continuous and prompt payment of taxes so that the good work can continue to depend on donor funds and aids. We need to generate our own revenue and the only way we can do that is through prompt payment of our taxes.”

He said the launch in Awka was the third in the series of the exercise, having launched two others in Lagos, for the South-West; and in Ilorin, Kwara State, for the North-Central.