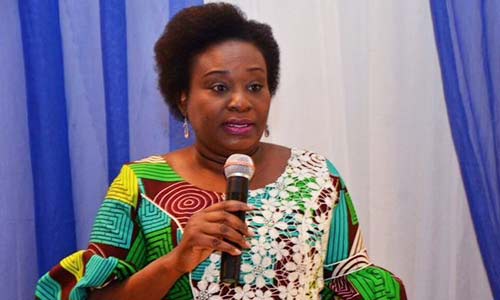 For federal government workers, including academic staff in universities, who risk non-payment of salary for non-enrolment on the Integrated Payroll and Personnel Information System (IPPIS), now have relief as the deadline for enrolment has been moved from October 31 to November 30, 2019.

The acting Head of the Civil Service of the Federation, Dr. Folasade Yemi-Esan, in a circular dated October 29, 2019 and marked HCSF/CSO/HRM/M.1278/I/95, sighted by THISDAY, gave this window of compliance, stating that the civil servants now have up to November 30 to complete the enrolment process.

The Academic Staff Union of Universities (ASUU) has been at logger-heads with the federal government over a presidential directive that all federal workers must migrate to the IPPIS platform by October 31 or risk their names struck off the payroll.

The National Universities Commission (NUC) is expected to conclude negotiations with ASUU today over the dispute that federal government has refused to compromise.

The Head of Service in the memo noted that for the purpose of the final roll-out of the Human Resources Module of IPPIS, her office had earlier issued two circulars directing all public servants to update their records via an online portal.

“It is pertinent to emphasise that failure of any MDA and /or employee to comply with the content of this circular will lead to stoppage of the salary of the entire MDA and/or the affected employee on the IPPIS platform,” she said.

“By this extension of the deadline, the federal government has given federal civil servants till November 30 to update their human resources records on the IPPIS or have their salaries suspended,” she stated firmly.

While presenting the 2020 Appropriation Bill to a joint session of the National Assembly on October 8, Buhari had said the directive was targeted at managing personnel cost, which has ballooned to over N3 trillion.

Thereafter the federal government gave October 31 as the cut off date for enrolment, warning that anyone not on the platform by that date would no longer be paid.
But ASUU opposed the move, saying the platform does not capture the peculiarities of the structure of the university system, which is flexible and pragmatic.

THISDAY also gathered from a source in one of the federal universities that the October salaries of staff, including those of lecturers had been paid.

He also said while the academic staff are yet to register with IPPIS payment platform, most of the non-academic staff had enrolled since 2014 and have been receiving salaries through the IPPIS.

The government took decisive step in 2007.

NUC Negotiates with ASUU over IPPIS

Meanwhile, NUC and the leadership of the ASUU have commenced negotiations to allay the fears of the union on the IPPIS and convince the university lecturers that the president’s directive must be carried out.

The NUC’s Director of Media and Publicity, Mallam Ibrahim Yakasai, who confirmed the negotiations in a chat with THISDAY yesterday, said the commission was optimistic that ASUU would allow its members to enrol on IPPIS by the end of the talks.

“We are meeting with them to make them understand further that the directive of Mr. President must be carried out. He has given a deadline of when all federal workers will join the IPPIS. In this respect, the military, police and every organisation has joined.

“In the university system, there are four unions namely ASUU, SSANU, NASU and NATS. The three other unions have all agreed to join. We are sure that ASUU, by the time the meetings we are having with them is concluded, they are also likely to join,” he said.

Yakasai explained that the issue was that universities had some peculiarities in their salaries, adding that when the Accountant General of the Federation held series of meetings with several unions including ASUU, all their peculiarities were taken into consideration.

“The software was adjusted to solve the peculiarities of the Nigerian university system. So, we are pleading with them to see reason and withdraw their objection and join their colleagues in the role of the IPPIS,” he said, adding: “In any case, ASUU is just one-third of the workforce in the university system. Two-thirds have accepted and ASUU’s issue has been dealt with.”

He said the issue of legality or illegality of the IPPIS should not arise because the employer had the right to determine how the worker would be paid.
“What is important is that he pays you the right amount in which government has demonstrated it’s commitment to do. We are sending more appeals to ASUU and I am sure that at the end of the meetings, the problems will just fall away,” he said.