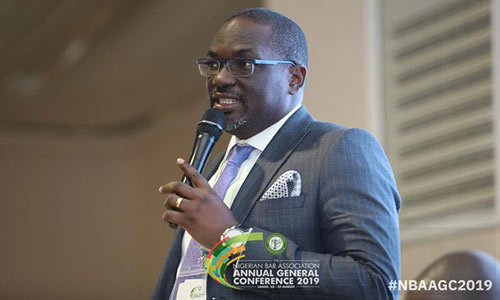 Mr Seun Abimbola, the immediate past Attorney-General and Commissioner for Justice in Oyo State has urged the state government to obey the directive of the Attorney-General of the Federation,
Mr Abubakar Malami on the reinstatement of elected local government officials in the state.

Abimbola, in an interview with the News Agency of Nigeria (NAN) in Ibadan on Friday, said that Malami’s letter to Oyo State government was also meant for all the states where elected local government officials were removed.

He argued that Oyo was not the only state in Nigeria that the Attorney-General of the Federation (AGF) sent the letter to, contrary to the rumour making the rounds that the Federal Government was meddling in the affairs of the state.

The former commissioner added that it was the Federal Government’s way of trying to ensure that everybody adhered strictly to the rule of law.

“The letter, which the Oyo State government is currently talking about, was not written to the state alone; it was also written to Imo State and the state has complied, even before Emeka Ihedioha was removed as governor.

“That same letter went to all other states where validly-elected local government chairmen were unconstitutionally removed by their governors.

“The law did not just single out Oyo State; rather, it was meant for those states where they had truncated elected local government officials so that there would be a permanent end to the illegality.

“The same thing happened when the impeachment of governors became the order of the day in Nigeria.

“When the case of former Gov. Rashidi Ladoja got to the Supreme Court, there was an end to such rubbish; it put an end to all other illegal impeachments,” Abimola stated.