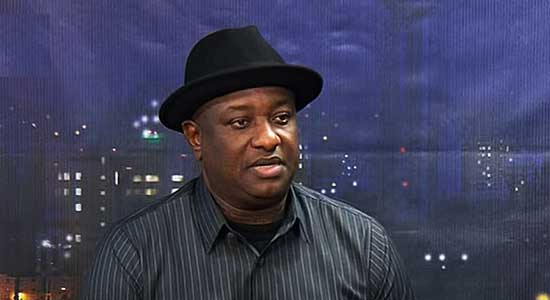 MINISTER of State for Labour and Employment Festus Keyamo has said the striking members of the Academic Staff of Universities (ASUU) should not expect the Federal Government to borrow N1.1 trillion yearly to meet their demands.

While featuring on Channels TV ‘Politics Today’ on Friday night, the minister said the money was too much for the government to borrow to offset the demands of a single sector of the economy.

“Should we go and borrow to pay N1.2 trillion yearly?

“You cannot allow one sector of the economy to hold you by the jugular and then blackmail you to go and borrow N1.2 trillion for overheads when our total income would be about N6.1 trillion.

“And you have roads to build, health centres to build, other sectors to take care of,” the minister said.

According to him, ASUU members are not the only employees the Federal Government pays from its revenues.

“They are not the only ones feeding from the federal purse. The nation cannot grind to a halt because we want to take care of the demands of ASUU.”

He urged parents of students who have been at home for nearly six months over the strike to appeal to the lecturers to return to classes.

However, the Federal Ministry of Education hinted yesterday that the Minister, Mallam Adamu Adamu, would soon submit a proposal on how to end the ASUU strike.

The Director, Press and Public Relations, Federal Ministry of Education, Ben Goong, said in an interview in Abuja that Adamu offered to take over negotiations with the university unions from the Minister of Labour and Employment, Senator Chris Ngige, who has been leading the negotiation.

The ministry spokesman said the minister was working within the time frame he requested to end the strike by the university unions.

Goong said: “We are still within the time frame. I can assure you that the Hon Minister will submit a proposal to the President on how the crisis could be resolved within the stipulated time frame.”

It was gathered that the minister had an informal meeting on Monday with the leadership of ASUU.

This was confirmed by President of ASUU, Prof Emmanuel Osodeke

The ASUU president insisted that the university lecturers would not return to classrooms as directed by some state governors.

Recall that ASUU, which has been on strike since February 14, extended the strike by four weeks last Monday.

Some of the demands date back to the unimplemented 2009 agreement the Federal Government had with the union.

Recall that the Nigerian Labour Congress (NLC), backed by some civil society organisations and students, organised a nationwide solidarity protest to demonstrate support for ASUU on August 26 and 27.

Buhari had directed Minister of Education, Adamu Adamu, to work with other officials in his government to resolve the stalemate during a meeting with relevant Federal Government officials on July 19.

According to Ben Bem Goong, Director, Press and Public Relations in the Education Ministry, the minister will soon submit a report to the President.

In an interview on Friday, Goong said: “We are still within the timeframe. I can assure you that the Hon. Minister will submit a proposal to the President on how the crisis could be resolved within the stipulated timeframe.”

Apart from the yet-to-be-implemented 2009 agreement, ASUU’s other demands are:

• Implementation of the 2009 agreement the Federal Government had with the union.
• Deployment of the University Transparency and Accountability Solution (UTAS).
• Payment of outstanding arrears of Earned Academic Allowances (EAA).
• Release of an agreed sum of money for revitalising public universities (federal and state).
• Addressing proliferation and governance issues in state universities.
• Settling promotion arrears.
• Releasing withheld salaries of academics.
• Payment of outstanding third-party deductions.