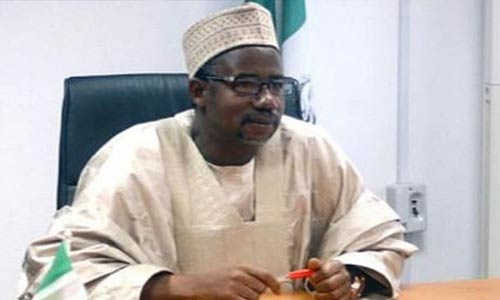 The Economic and Financial Crimes Commission (EFCC) has filed a criminal charge against Bauchi State governor-elect, Senator Bala Mohammed, at the High Court of the Federal Capital Territory.

He was charged with accepting gratification in form of a house valued at N550million on No 2599 & 2600 Cadastral Zone, AO4 Asokoro District, Abuja, from Aso Savings & Loans Plc in 2014.

The commission, through prosecuting counsel Mr Wahab Shittu, said the alleged gratification was accepted as reward by Mohammed “for performing your official duties”.

The alleged offence, EFCC said, is contrary to Section 18 (b) of the Independent Corrupt Practices and Other Related Offences Act 2000 and punishable under Section 18 (d).

Among the six-count charge is an allegation that the governor-elect made a false statement to an EFCC investigating officer, Ishaya Dauda, that he acquired the Cadastral Zone property through a mortgage facility from Aso Savings & Loans.

Mohammed was also accused of failing to make full disclosure of his property on 54, Mike Akhigbe Street, Jabi, Abuja in the course of filing his asset declaration form at the EFCC.

The prosecution also accused Mohammed of failing to declare a property on Agwan Sarki Kaduna in Kaduna State.

EFCC said the governor-elect made a false declaration that a property on CITEC Kwara House 5, AP Street, Mbora, Abuja belongs to him.

EFCC said Mohammed, in 2014, “did use your office and position to confer corrupt and undue advantage upon your associates by allocating four numbers of fully detached duplexes and eleven numbers semi-detached duplexes valued at N314million only through the Presidential Tax Force on Sale of Government Houses to them…”

The alleged offence contravenes the Section 19 of the ICPC Act 2000.

Mohammed won election on the platform of the Peoples Democratic Party (PDP).