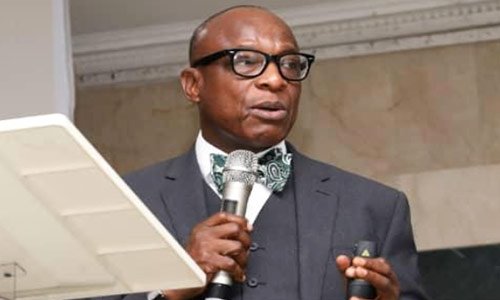 A senior lawyer, Mr Kemi Pinheiro, SAN, on Tuesday called for a legislative review of the Sheriffs and Civil Process Act, Laws of the Federation 2004 (SCPA) to accommodate the effects and benefits of fast growing technology like the Bank Verification Numbers (BVN) to verify bank account balances of judgment debtors in garnishee proceedings.

This according to him will eliminate the rigorous procedures of serving garnishee proceedings on several banks when in the course of enforcing monetary judgments in business related cases. A garnishee order, according to lexology.com, is a common form of enforcing a judgment debt against a creditor to recover money. Put simply, the court directs a third party that owes money to the judgement debtor to instead pay the judgment creditor. The third party is called a ‘garnishee’. A garnishee order is a legal notice the court issues that allows the creditor to collect the amount from either:

the debtor’s wages,
the debtor’s bank account, or
other people who owe the debtor money (e.g. a real estate agent who is collecting rent)

Pinheiro made this recommendation in a paper titled “Effective Utilization of Garnishee Proceedings in Recovery of Debt and Effective Defence thereto: Prospects, Challenges and Avoidable Pitfalls” he delivered at the Continuing Legal Education (CLE) programme organized by the Nigerian Bar Association (NBA), Ikeja Branch on Tuesday.

It is the second time within a week that the senior lawyer will be delivering papers on core legal issues that affects the day to day practice of lawyers in Nigeria. Only last week, Pinheiro delivered a paper at the Stakeholders Summit organized by the Lagos State Judiciary titled: “The admissibility of confessional Statements: Imperatives of trial within trial”, where he called for the abolition of ‘trial within trial’ proceedings in criminal trials.

Pinheiro opined that “rather than rely on the rigorous procedure of having several garnishees file papers to show cause, the account balances of such judgment debtor can be accessed from a central system through the Bank Verification Number (BVN) technology”. He therefore called for legislative intervention to cross the hurdle.

He advised Nigerian banks who are mostly the Garnishee in debt recovery proceedings to stop shielding judgement debtors by attempting to lie to the court on the true position of their account statements, saying they could end up not on the wrong side of the law and incur the wrath of the court.

He said litigants must realize that getting favorable monetary judgements is not enough in litigations involving monetary issues, until enforcement takes place. “The focal point of every litigation involving sums of money is the beneficial outcome of the litigation process to the claimant or counter-claimant as the case maybe, which in essence is for the amount claimed to be granted by the Court. The litigation process may take some years but the claimant having hopes of deriving benefit from the litigation will wait patiently for the final outcome. However, upon delivery of judgment in his favour granting the sums claimed, the litigant soon realizes that the fact that a judgment has been awarded in his favor, does not mean that there is automatic enforcement, no enforcement proceeding will take place unless the judgment creditor applies to enforce it.

He said one of the methods by which liquidated money judgments can be enforced is by way of garnishee proceedings. He quoted Black’s Law Dictionary definition of Garnishee proceeding as “judicial process of execution or enforcement of monetary judgment whereby money belonging to a judgment debtor, in the hands or possession of a third party known as the ‘Garnishee’ (usually a bank), is attached or seized by a judgment creditor, the ‘Garnisher’ or ‘Garnishor’, in satisfaction of a judgment sum or debt”.

However, as simple as garnishee proceedings may seem to be by its definition, in practice there are a myriad of challenges for all concerned with the process. Some of these challenges include; Who are the actual parties to the garnishee proceedings?, how can a judgment creditor possibly meet/fulfill the requirement of the law in satisfying the court that the judgment debtor has funds in custody of the third party (garnishee) as to require the grant of an order nisi to show cause?, Can a garnishee protect the funds of the judgment debtor in its custody and make a case for same not to be attached? Is the consent of the Attorney General still required before funds in the custody of a public officer will be attached by an order nisi? Who is a public officer within the meaning of section 84 of the Sheriffs and Civil Process Act (SCPA)?, what are the possible defences available to the judgment debtor in a garnishee proceedings? Similarly, are there any defences available to a garnishee in such proceedings?

Unfortunately in practice generally, garnishee proceedings as a means of execution or enforcement of judgment has suffered a lot of setbacks due to the divergent views of the Nigerian Courts on the process. These views according to him are classified into two different schools of thought.

“Proponents of the first school of thought believe that garnishee proceedings are independent and separate actions distinct from the suit resulting in the appeal and an application for stay of execution being predicated on the appeal will not bar or prevent attachment of the judgment debt vide garnishee proceedings. They derive support for their argument from the decisions of the Court of Appeal in cases like Purification Tech. (Nig.) Ltd vs. Attorney General of Lagos State; and Denton-West vs. Muoma where the court held that the existence of an application seeking for an order of stay of execution of judgment does not preclude a judgment creditor from seeking to use garnishee proceeding to enforce the judgment;

Support for this line of argument was triggered by Akaahs JCA as he then was in the decision in the case of WAEC & Ors v Mrs Nkoyo Edet Nkang60 where he queried thus: “it is true, as argued by learned counsel for the 1st Respondent, that garnishee proceedings is distinct since it is between the judgment creditor and the garnishee … However I am still at a loss as to the reasonableness of a court to deal with a pending application for stay of execution of the judgment and proceed to grant the ex-parte garnishee application.”

He then stated: “In sum, I am of the firm view, that where a Court is faced with the prosecution of a garnishee proceeding when there is a pending appeal and the appellant files an application for stay of execution or variation of the conditions of stay as imposed by the trial court, the trial court ought not to grant any garnishee order nisi or absolute, as to do so would destroy the subject matter of the action and render the appeal nugatory if it is successful, thus imposing on the Court of Appeal a fait accompli. I further recommend a more pragmatic option however to consolidate the applications and determine the stay one way or the other before proceeding to the Garnishee”.

In cases of public officers or institutions, Pinheiro agreed with the position of the law which stated that the Attorney General’s Consent is trite in Garnishee Proceedings. “It is the law that where money sought to be attached is in the custody of a public officer in his official capacity, the consent of the Attorney General must first be sought and obtained before garnishee proceedings can be duly or validly commenced for the attachment of any judgment debt against the affected government. For this reason, any garnishee proceedings commenced against the government, without obtaining the consent of the Attorney General is incompetent and liable to be struck out by the court. This is the provision and purport of Section 84 of the Sheriffs and Civil Process Act, Laws of the Federation 2004”.

There’s however exceptions to this law as the Supreme Court has had cause to state that the Attorney General’s consent was not needed in some cases that concerned the Central Bank of Nigeria (CBN) because as an institution, CBN is both bankers to government and its institutions that maintains accout with the apex bank. “Thus where the Central Bank of Nigeria is cited in a garnishee proceedings as a garnishee having custody of funds credited to the judgment debtor, the garnishee proceedings can proceed and orders therein made without any need to seek the consent of the Attorney-General”.

Pinheiro said that both Nigeria and United Kingdom shares similarities in the procedure for the enforcement of monetary judgment vide garnishee proceedings. “However, in the provision of the CPR Rules of the United Kingdom and its Practice Directions, the role of c terms than in the SCPA. It is to be notedeach party is stated in more speci that garnishee proceedings in the CPR Rules is otherwise called Third Party Debt Order”.

Garnishee proceedings is however totally different in another commonwealth country, India, where the Code of Civil Procedure (Act No. V of 1908) recognizes a three stage procedure. “In the first stage, the judgment creditor applies for an order to bar the garnishee or any person in whose custody the funds of the judgment debtor is domiciled from transferring same or paying same over to the judgment debtor. Once the order is granted via an ex-parte proceeding, the order will then be served on the garnishee;

In the second stage which is similar to the first stage under the SCPA, the judgment creditor then applies to the court for an interim order attaching the judgment debt in the custody of the garnishee. Upon service of the order on the garnishee, he shall show cause why an order absolute should not be made in respect of the debt; The third stage is similar to the second stage under our laws and no mention is made at all of the judgment debtor”, Pinheiro concluded.