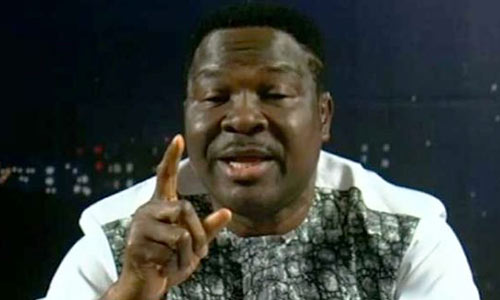 Mike Ozekhome (SAN) has knocked National Assembly over attempt to pass a bill said to contain prescription of the death penalty for makers of hate speech.

He said the bill is an ill-intentioned, ill-conceived, ill-digested and ill-part, dictatorial and absolutist piece of nonsensical legislation waiting to consume all of us
“An obnoxious law such as this will further drive underground and into hiding, the opposition and genuine social critics who speak truth to power and criticise serial opaque, anti-people, corrupt and high-handed polices of government.

“This government has been tested and known to be very allergic to constructive criticisms. Its skin is very negatively thin against criticisms as regards citizens’ genuine concerns.It is a government that listens to itself,, sets its own examination questions, marks them by itself and award marks to itself. Citizens’ opinion does not matter”, he said.

Ozekhome questioning the rationale behind the move to pass the bill asked following questions: “What is hate speech, by the way, and who defines it? What is the true test of determining it? Is the test of a government in power? Or that of the traumatised people? Or, that of the NASS? Or that of the courts? Or, that of the Executive? Just who? I have not yet had the opportunity to read the bill and so do not yet have the details of this unusual bill that has allegedly passed the first reading, seeking the death penalty (by hanging) on alleged hate speech”
He urged that the bill should be deleted, saying: “I pray this provision is not true. I pray it is a mere moonlight tale, the type described as a “tale told by an idiot, full of sound and fury, signifying nothing.

“The bill should immediately be aborted and killed as a malformed embryo at its second reading gestation stage before it is allowed to be delivered as a societal monster”, he added.
Ozekhome alleged that government couldn’t be trusted by any sane person to fairly operate such a draconian piece of legislation introduced under a law that carries the death penalty for alleged hate speech. When has merely making a speech under Section 39 of the 1999 Constitution,which guarantees freedom of expression becomes not just treasonable felony (life imprisonment) ,but treason itself, that is punishable with death?

“Article 19 of the Universal Declaration of Human Rights guarantees freedom to hold opinions without interference and to seek,,recieve and impart information and ideas through any media and regardless of frontiers”.

Rights activist and lawyer, Kunle Adegoke said the penalty is definitely in excess of the gravity of the offence.

He noted that while hate speech is condemnable in all its purport and essence, recommending death sentence for hate speech is too grave a punishment.

“A term of imprisonment, giving the opportunity to the offender to learn and be reformed, is sufficiently condign. In this age when the rest of the world is reducing the number of offences punishable by death, Nigeria will he off the mark to be prescribing death sentence for an offence sufficiently punishable by a less prescription”, Adegoke stated.

A Lagos based lawyer, Ige Asimudara, in his own reaction stated: “These are terrible legislators! How can a legislator propose the death penalty for hate speech? This is the beginning of the death of press freedom. It is intended to gag free speech. Who defines a hate speech? It is a bill that must not see the light of the day. It is unconstitutional to attempt to limit the freedom of expression and the press granted by the Constitution by an unpopular bill”.

According to him, government is too intolerant of criticism. He held that Nigeria’s politicians were just a terrible set of people. “We have not had this bill passed, you see what they are doing to Yele Sowore, Agba Jalingo or Adeyanju. See their atrocities everywhere”, he said.

Former chairman of the Nigerian Bar Association (NBA), Ikeja branch, Dave Ajetumibi, said the penalty was too harsh, but supported any law to check reckless use of social media.
” I support any law to check the reckless use of social media to create chaos and hate. We need such law. I read that Sowore met Kanu in New York and they agreed to liberate Nigeria, meanwhile Sowore is still in detention in Nigeria”, he said.