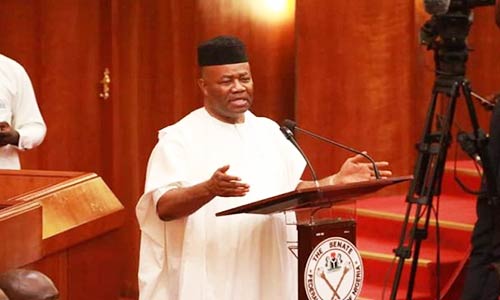 The recent decision by President Muhammadu Buhari to cede the supervision of the Niger Development Commission (NDDC) to the Ministry of Niger Delta Affairs may be challenged in court by some aggrieved lawyers.

In a letter dated 10th October, 2019, and addressed to the Attorney-General of the Federation and Minister of Justice, Abubakar Malami, a law firm, Tolu Babaleye & Co, issued a 14-day ultimatum for the reversal of the decision by President Buhari.

Acting on behalf of an NGO, Accountable Leadership for Better Nigeria Initiative, the lawyers say the laws setting up the NDDC explicitly states that the supervision of the Commission shall be under the control of the President.

Speaking on behalf of others, Tolu Babaleye said as the chief law enforcement officer, it was the duty of Attorney-General Malami to reverse the decision of the President through his Chief of Staff, Abba Kyari.

Part of the letter reads:

“We wish to use this medium to express displeasure and sadness over the recent illegal and unlawful action taken by the duo of the Minister of Niger Delta Affairs, Mr Godswill Akpabio and the Chief of Staff to the President Muhammadu Buhari, Mr Abba Kyari, which, if not checked, might lay a bad precedent in the country.

“We feel very strongly that this must be brought to the notice and knowledge of the Chief Law Officer of the Federation and Justice Ministry to unearth the underlying factor necessitating such action.

“Via a letter dated 2nd September, 2019, with Reference No. SH/COS/81/A/1900, signed by Mr Abba Kyari and addressed to Honourable Minister, Ministry of Niger Delta Affairs which is under the supervision of Senator Goodswill Akpabio, the former granted the request of the latter by transferring and purportedly delegating the management and control of the Niger Delta Development Commission to the Ministry without consultation with the relevant stake holders.

“The action is against the law of the land as the Office of the President of the Federal Republic of Nigeria is by virtue of Section 7 of the Niger Delta Development Commission Act charged with the sole responsibility of overseeing the affairs of the Commission and same is not delegate-able to any person or body. The principle is delegatus non- potest delegare.

“In the light of the foregoing, we hereby unequivocally demand immediate reversal of the action of Kyari and Akpabio and restore the Niger Delta Development Commission to its appropriate and original statutory domain as an autonomous Commission which is the Office of the President of the Federal Republic of Nigeria in the interest of the Nigerian public, public probity and good governance.

“We on behalf of our Client believe that your exalted office should be able to work on the reversal and achieve it within 14 days of service of this letter on you including the date of service.

“We shall take to our client’s outstanding instructions of taking the matter to court at the expiration of the time stated above if the matter is not resolved to the knowledge of Nigerians.”

Chief press secretary to Akpabio, Anietie Ekpo, when contacted to react on behalf of the Minister, declined to comment. He said he was not at liberty to speak to the claims made by the law firm.