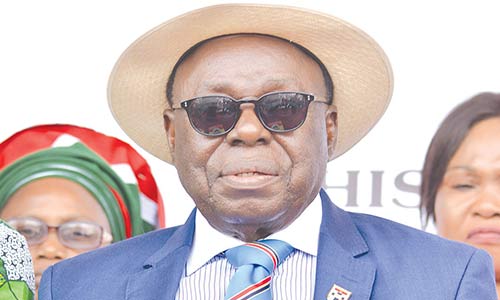 RECENTLY, at the 49th convocation ceremony of the University of Nigeria, Nsukka, President Muhammadu Buhari, represented by the Minister of State for Education, reportedly stated that the government could not afford the amount of funding needed to revive the country’s education system, and the competition for funds had become keener due to the recent increase in the number of tertiary institutions in Nigeria. Just as I was preparing a response to this revelation, I received news that that the Federal Government had announced the creation of Four additional Universities. Reporting the development, the Vanguard stated as follows: “After a comprehensive review of the policy by key stakeholders in the education sector, it was resolved that the four existing Universities of Technology located in Yola (North East), Akure (South West), Owerri (South East) and Minna (North Central) be upgraded and equipped, while two additional Universities of Technology to be located in Jigawa and AkwaI bom states would be established for the purpose.

“Similarly, a National Institute of Technology (NIT) shall be established in Abuja. The institute shall be patterned after similar institutions in Singapore and Malaysia…With the recent establishment of the only Federal Government-owned University of Health Sciences, Otukpo in Benue State and the huge gap in doctor-patient ratio as well as in medical research and production of pharmaceutical products, government recognised the compelling need to establish two other specialised universities in Health, Nutrition and Medical Sciences. These universities will be located at Azare, Bauchi State and Ila Orangun, Osun State. These shall lay a solid foundation for building national preparedness and resilience in anticipation of future challenges in the health sector, while reducing medical tourism to countries like India, UAE, Egypt, Europe and the U.S. Adamu said that the president had also approved a take-off grant of N4 billion each for the Universities of Technology and N5 billion each for the Universities of Health Science from the funding Resources of Tetfund.”

My immediate response to the above is to ask: why create new tertiary institutions when the government cannot fund the revival of the country’s education system? To my mind, the Nigerian education system is in much need of a revamp, particularly when the issues of poor funding and consequent strike actions, dwindling educational infrastructure,nepotism and favouritism in the appointment of teachers, among others, are put in proper perspective. Perhaps, a great starting point to the commencement of this discourse is to consider the paramountcy of education in the advancement of any society, and the effect of paying lip-service to education.

Generally, education serves as a means through which the knowledge, learning and skills of a society or group of people is passed from generation to generation. Without a doubt, our existence and survival on the face of the planet as a specie has been helped in no small measure by the discoveries, knowledge and learning that have, over the course of several centuries, been acquired in the sciences, arts and other aspects of human learning. Innumerable scientific discoveries have enabled man to survive plagues and diseases, develop from travel on camel and horseback to supersonic jets and even conquer space. Our learning has enabled man to live in areas of the planet which would otherwise have been termed inhabitable. The learning and knowledge which brought about these discoveries and scientific breakthroughs were passed from one person to the other, from teacher to student, from generation to generation. Imagine, therefore, what life would be if there should be any dysfunction in this very important process of knowledge acquisition and transfer.

Imagine what the world would be like in a hundred years’ time if somehow, the knowledge which we possess today is not successfully transmitted to future generations who will inhabit the earth in the next century. How will they transport goods and services across the vast oceans and land mass of the earth? Will diseases such as small pox which have been virtually eradicated not find their way back? Here in Nigeria, would our country have developed to the extent that the lamentations which are currently the order of the day have disappeared? In simple terms, what would the world and Nigeria in particular be like if there is a complete failure of the educational system? For an answer, we do not need a crystal ball. We only need look back to what the world and Nigeria was like before the advent of modern educational systems and institutions.

I was born and bred in a rural community. I recall that at that time, little attention was paid to matters as basic and important as personal hygiene for the simple reason that we had no knowledge of the ills associated with a poor regime of personal hygiene. In this state of blissful ignorance, we often drank from the same waters in which others had defecated. We would gently prod back human waste and insect larvae on the surface of the river and drink our fill of contaminated water. At birth, the umbilical cords of many newborns were severed with unsterilised metal objects such as broken bottle in often unhygienic environments. In such circumstances, diseases such as leprosy, small pox, tuberculosis and the incapacitation and death with which they were associated were rife. But the people, in their ignorance, had a ready answer for these occurrences. If a child died at birth or so soon thereafter, it was labeled an Abiku, meaning one who in the spirit world had already chosen to die after birth to torment the would-be parents. In some instances, the deaths were also attributed to wizards or witches who had, upon seeing the good that the child would achieve in life, had conspired to kill it. But we were not alone in our ignorance. In certain parts of modern Nigeria, twins were killed at birth as they were considered an abomination. It took education and knowledge brought by missionaries to stop the practice. In some areas, the death of an Oba or traditional ruler automatically translated into the murder of many of his servants and even wives who would be killed to enable them accompany and serve him in the afterlife. This practice even occurred in ancient China where emperors were buried with soldiers to serve them in death. Even when the practice faded, Emperor Qin who ruled in 210-209 BC was buried with 8,000 terracotta soldiers who were discovered in 1974.

Where does this all lead us? It brings us back home to Nigeria and to the dangers which are inherent in a breakdown of our educational system. Proper education brings about enlightenment. It brings about knowledge. It breaks down tribal and religious prejudices; it opens the mind to new horizons of learning and discoveries hitherto what as believed to be non-existent. True learning breeds and nurtures the kind of minds possessed by men such as Mahatma Ghandi and Nelson Mandela. The latter, upon his release from unjust imprisonment of 27 years and subsequent election as president, resisted the temptation and pressure from within his own party to embark on campaign of revenge against the white minority that had for decades impoverished the lot of blacks. He urged his people on the contrary to join hands with him in surprising their former tormentors with love.

Without a doubt, any country that aspires to greatness in any sphere of its existence must ensure that education remains of paramount importance. Researchers the world over are indeed agreed on the fact that education does play an important role in development; the only area of disagreement being the measure of effect education does play. Studies have shown that the ability of the USA to develop faster than Europe in recent times can be attributable to increased funding of higher education as opposed to a lower rate of funding in Europe. Whilst the USA devoted about 3 per cent of its Gross Domestic Product to education, the countries of the European Union devoted about 1.1 per cent. Similarly in the 30 years after World War 2, Europe developed faster than the USA due to increased funding of primary and secondary education. Furthermore, the ability of many Asian countries of which South Korea is most notable to join the league of developed nations has been attributed to high funding of primary and high school education. These countries recognised the connection between education and development, hence the conscious effort to pay attention to matters involving education.

Education and the economy

Much of the economic benefits of education accrues to individuals and their families. For members of all demographic groups, average earnings increase measurably with higher levels of education. Over their working lives, typical university graduates earn about 73 per cent more than typical high school graduates, and those with advanced degrees earn two or three times as much as high school graduates. More educated people are less likely to be unemployed and less likely to live in poverty. These economic returns make financing education a good investment. This explains why most parents who are aware of this fact will go to great lengths to give their children the best of education. However, society as a whole also enjoys a financial return on the investment in education. In addition to widespread productivity increases, the higher earnings of educated workers generate higher tax payments at the local, state and federal levels. Because the individual outcomes affect others, it is not possible to neatly separate the benefits to individuals from those shared by society as a whole. For example, all workers benefit from the increased productivity of their co-workers, and unemployment causes the damage to those who are out of a job, but also results in a loss to the entire economy.

In addition to the economic return to individuals and to society as a whole, education improves quality of life in a variety of other ways, only some of which can be easily quantified. Moreover, the economic advantages already mentioned have broader implications. For example, in addition to increasing material standards of living, reduced poverty improves the overall well-being of the population, and the psychological implications of unemployment are significant. In addition, adults with higher levels of education are more likely to engage in organised volunteer work, to vote, and to donate blood, they are more likely to be in good health and less likely to smoke; and they are less likely to be incarcerated. The young children of adults with higher level of education are read to more frequently than other children; they have higher cognitive skill levels and better concentration than other children. All of those areas affect social expenditure, in addition to general well-being. (To be continued).