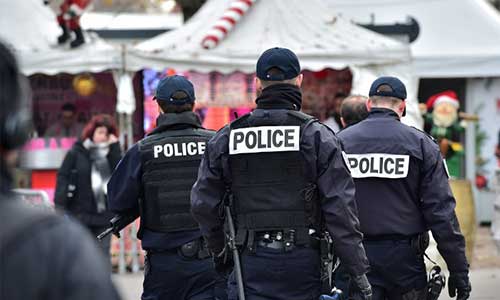 Police, public health and immigration officers will be able to detain people suspected of having Covid-19 and exact £1,000 fines for refusing tests under emergency powers rolled out by the UK government, Theguardian reports.

The guidance detailed in the coronavirus bill allows public health officers to order someone believed to be infected to undergo screening and testing within 14 days. They will be required to provide biological samples and disclose their travel history.

Alongside the police, they will also have the power to force potentially infected people to isolate, restrict their travel and activities and contact with other people.

Immigration officers and police will also be handed powers to send people for screening and testing and hold them for a period of time before a public health officer can be consulted.

These measures will be enforced and fines exacted only if there is a risk of a serious and imminent threat to public health.

This would include anyone who absconds while being moved to be tested, providing false information or obstructing someone trying to implement the restrictions.

The bill states: “We assume the vast majority of people will comply with relevant public health advice. The policy aim of these provisions is to ensure that proportionate measures can be enforced if and when necessary.

“The proposals will provide public health officers, constables and (in some circumstances) immigration officers with the means to enforce sensible public health restrictions, including returning people to places that they have been required to stay.”

The bill also gives the government stronger powers to intervene if it suspects anyone is disrupting the distribution of food.

Industry insiders said new clauses will give ministers the power to demand information at short notice if they suspect food has been acquired on the black market.

Funeral directors will be able to register deaths and cause of death certificates to registrars electronically and will also “remove need for second confirmatory medical certificate in order for cremation to take place”.

While Labour has called for the powers to be reviewed every six months, the bill instead only requires the health secretary, Matt Hancock, to prepare a report on its operation every two months, with a motion put before parliament after every sixth report – ie once a year.

This motion would be a so-called motion in neutral terms, put before the Commons and Lords, saying that MPs and peers had considered the report. Such motions are not usually amendable.

Before the emergency powers were proposed by the government on Thursday, a cross-party group of MPs and peers warned that any measures it takes to curb the spread of coronavirus must not breach human rights provisions.

The intervention by parliament’s joint committee on human rights comes after Jeremy Corbyn wrote to Boris Johnson asking that the powers in the new coronavirus bill, which will last for two years, are reviewed every six months.

Opposition parties are not expected to seek votes on the emergency legislation, which is expected to complete all stages of the Commons on Monday, and then pass through the Lords on Wednesday and Thursday.

However, both party leaderships and MPs are lobbying hard to try to ensure safeguards, with the new powers set to include the potential ability of police to ban all gatherings, and to detain people with the virus and move them to quarantine.

In a letter to Johnson, Corbyn said people understood the need for temporary restrictions. He added: “But given how far-reaching these are proposed to be, people’s elected representatives must be able to decide whether to renew the legislation at least every six months, up to its expiration after two years.”

The human rights committee has published a 12-page interim report into potential civil liberties issues that could arise because of the powers in the legislation.

It stresses that all measures should comply with the UK’s obligations under both the UN and European conventions on human rights.

Harriet Harman, the Labour MP who chairs the human rights committee, said: “Times of national crisis call for strong and decisive leadership. However, at this time, it is also vitally important that checks and balances are in place to ensure that human rights are not disregarded, and that people remain fully protected under the law.

“The committee will be thoroughly scrutinising the measures taken and any proposed legislation.”