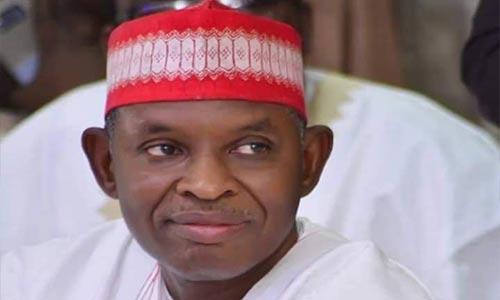 The Court of Appeal sitting in Kaduna, yesterday, reserved judgment in an appeal filed by Peoples Democratic Party (PDP) governorship candidate in Kano State, Abba Kabiru Yusuf, against the ruling of the election petition tribunal.

The three-member panel led by Justice Halima S. Mohammad on July 16, dismissed PDP’s application to ‘correct errors’ in the witnesses list with the intention of introducing eight star witnesses.

The tribunal had heard that PDP’s application was another means of amending its petition, that the petitioner lacked the legal right to effect changes after 21 days.

While arguing his appeal, counsel to Abba, Chief Adegboyega Awomolo (SAN) asked the court to determine whether the appellant hadthe right to amend the list of witnesses to enable inclusion of addition witnesses.

The appellant, who sought leave of the court to set aside the ruling of the lower court, insisted the amendment, as argued, has no infraction on the substantial petition.

Responding to the appellant motion of appeal, counsel to Independent National Electoral Commission (INEC), Adedayo Adedeji, urged the appeal court to dismiss PDP’s appeal. Adedeji maintained that PDP could not demand any motion for amendment having exhausted the 21 days privilege to file petition.

The first respondent also insisted that the appellant could not apply for any amendment when all parties have already joined issues in the original suit.

Also objecting to PDP’s appeal, counsel to the second respondent Governor Abdullahi Umar Ganduje, Offiong Offiong (SAN), stressed that PDP prayers contravened section 4 and 5 of the first schedule of the Electoral Act.He also referred to a similar judgment of the Court of Appeal between Oworu and Buhari, saying the court wouldl not go against its own decision.

Counsel to All Progressives Congress (APC), Dr. Alex Izinyon (SAN), who also aligned with the prayers of the first and second respondents, wanted the court to uphold the ruling of the lower court.The five Justices, headed by Justice Hussain Muktar, adopted the argument of the appellant and reply of the respondents and reserved judgment till a later date.