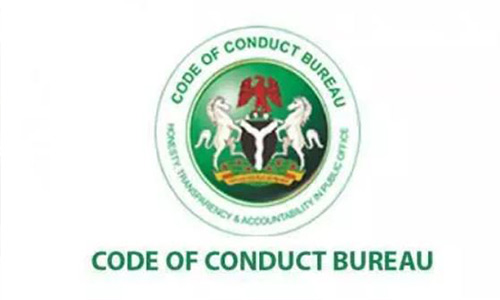 The Chairman of the CCB, Muhammed Isah, who stated this in Abuja on Thursday, put the amount involved in the prosecution of the over 200 cases at N40bn.

Isah spoke during a special Town Hall meeting on the fight against corruption organised by the Ministry of Information and Culture in collaboration with the Economic and Financial Crimes Commission; Independent Corrupt Practices and Other-Related Offences Commission; Ministry of Justice; Nigeria Police Force and the CCB.

Isah said, “The CCB is so powerful that it polices everybody. The most talked about is assets declaration. Many public officers are afraid of assets declaration but there’s nothing to be afraid of in it. We have investigated 200 cases, filed 75 cases at the tribunal and about 100 cases pending at the CCT.

“The amount involved in the over 200 cases investigated is N40bn and if successfully prosecuted, the Federal Government will benefit. We are working with the office of the Attorney-General of the Federation to block those accounts with no debit further.

“We are working to improve on our relationship with the Code of Conduct Tribunal to fast-track the prosecution of our cases and have reached an understanding that all the cases that are pending, both the ones we met when we came in and the ones we have been able to file, will be fast-tracked to have an accelerated hearing to ensure timely prosecution of the cases.”

The acting Chairman of the EFCC, Ibrahim Magu, said an agreement had been reached to make a presentation to the Committee of Ministers of ECOWAS to bring back stolen money in foreign countries.