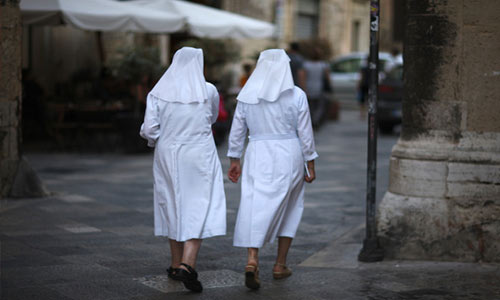 The Roman Catholic Church is investigating how two nuns became pregnant while they were on charity missions to Africa. This has caused concern among the church hierarchy.

As reported by Italian news agency ANSA, the nuns were sent to their home countries in Africa from their order in Sicily to complete missionary work.

The two women, from different orders in Sicily, were on separate charity assignments on the continent.

One nun, age 34, discovered she was pregnant after she was given an ultrasound following complaints of stomach pains.

Also, the other nun, a mother superior originally from Madagascar, who cared for the elderly, was discovered to be several weeks pregnant.

The duo must have had some sexual encounter while in their home town.

While one has left the order to return to her home country, the other is expected to leave the order to raise her child and might give up their monastic life altogether.

An investigation has been opened into the breaching of the “strict rules of chastity.” However, the church has confirmed that the safety of their unborn children is more important.

In the early part of this year, the Pope complained about having serious issues with the nuns being sexually abused by priests and bishops, while some are being used as sex slaves.