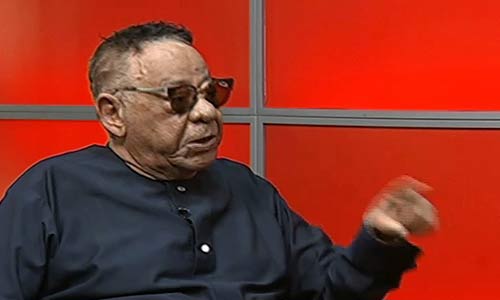 Chief Robert Clarke says President Muhammadu Buhari is handicapped by the nature of government he is leading.

The Senior Advocate of Nigeria (SAN) who was a guest on Channels Television’s Sunday politics, says the government of today in Nigeria operating “the 1999 constitution that allows corruption to rear its head in every field of endeavor cannot be fighting corruption.

According to Chief Clarke, President Buhari is handicapped because the same system in which he operates is the one creating corruption.

He was of the opinion that corruption cannot be eradicated because it emanates from the system.

Speaking about possible solutions to the corruption problem, Chief Clarke was of the opinion that since the constitution is the canker-worm breeding corruption in Nigeria, then it must be done away with.