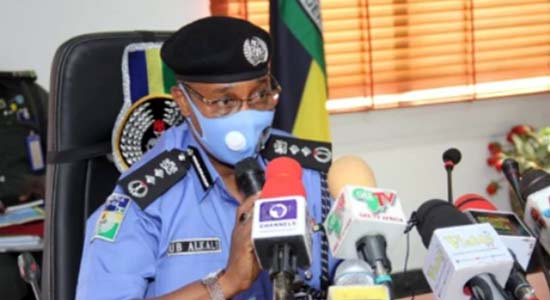 The Inspector-General of Police (IG), Mr. Alkali Usman, yesterday urged police officers to commit themselves to be professional in the discharge of their duties.

Addressing officers and men of the Kano State Police Command at the headquarters in Kano, Usman described Kano as one of the strategic commands in the country, given its high population and commercial activities.

He said: “I know you have some challenges, but don’t allow the challenges to bring you down. There must be challenges. Challenges are welcome, but they are surmountable.

“Let us commit ourselves to police job. Let us act professionally. Let us change our attitude towards work so that we will achieve what we want.

“Officers and men should make sacrifices. Improve yourself. Attend courses and lectures. I have directed DPOs to embark on constant lecturing, training and re-training of officers. Keep yourself abreast with modern policing techniques, engage in democracy policing and always ensure the protection of human rights.”

The police chief also appealed to governors to emulate the security initiative and strategy introduced by Kano State Governor, Dr. Abdullahi Ganduje, which has gained Kano the status of the most peaceful state in the country, despite its peculiarities as the most populous state and the commercial nerve centre of the North.

The IG also said the 7, 041 officers and men of the command were not enough for Kano considering the population of the state.

He urged the command’s management team to make judicious use of the available manpower, instruments and logistics available to them.

He added that even if another 7,000 policemen are deployed in Kano, it may still not be enough to secure the state.

“Kano State Police Command is one of the most strategic commands in Nigeria because of its status in commercial activities.

Baba also visited Ganduje who congratulated him on his appointment.

Ganduje said security challenges in recent times had shifted to Kano forests, adding that the state government has also taken urgent steps with the establishment of RUGA and military training base in those forests, which could have been a potential haven for bandits.

In his welcome address, Kano State Commissioner of Police, Mr. Sama’ila Dikko, told the IG that in fighting crime and criminal activities in the state, “we intensify community engagements, incorporate visibility and intelligence-led policing, clearance operations in Falgore and Dansoshiya forests, adherence to the ethics of the force, rapid respond to distress calls and synergy with sister security agencies.”