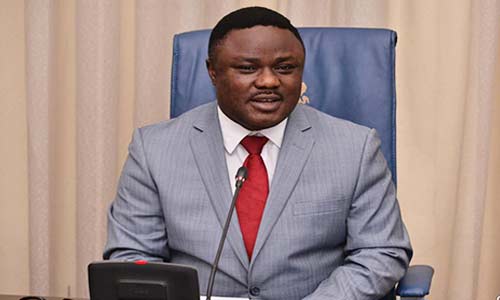 The Court of Appeal sitting in Calabar, thursday affirmed Governor Ben Ayade of Cross River State as the winner of the March 9, 2019 governorship election in the state.

The ruling of the appellate court upholding Ayade’s victory was unanimous by the five-man panel of the Appeal Court judges.

The panel in a unanimous decision dismissed the petition of the candidate of the All Progressives Congress (APC) and former Minister of Niger Delta, Usani Usani, and upheld the judgment of the lower tribunal, which had ruled that Usani’s petition lacked merit.

The court described the petition as a gross abuse of court processes, academic, hypothetical and frivolous.

In his reaction to the judgment,Ayade through his Special Adviser on Media and Publicity, Christian Ita, said the victory was an affirmation of the mandate overwhelmingly given to him by the people of Cross River State.

He therefore, dedicated the victory to God and the people of the state.

Ayade again extended an olive branch to his opponents in other political parties to join hands with him in moving the state forward.

“The period of politics is over, it is time for governance,” Ita quoted the governor as saying.

The governor reaffirmed his commitment to developing the state and creating an economy that will ensure financial independence for the state through industrialisation and provision of first class infrastructure.