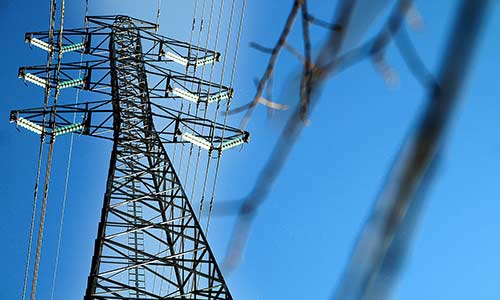 As Nigerians continue to contend with erratic power supply, the World Bank has said the country would need about $100 billion in the next 10 years to tackle the challenge which has defied all efforts by administrations since 1999.

However, as part of efforts to address the challenge in the power sector, the Nigerian Electricity Regulatory Commission (NERC) yesterday said effective from July 1, 2022, there would be remarkable improvement in the nation’s power sector as market participants have committed in contracts to ensure the generation, transmission and distribution of 5000 megawatts (mw) of electricity in the country.

Commenting on the $100 billion needed by the country over the next 10 years, World Bank’s Regional Director for Infrastructure, Africa West and East of the global bank, Ashish Khanna, who spoke at a programme organised by The Electricity Hub, an organisation which provides insights on the sector, stated that a large chunk of the investment was expected to come from the private sector.

He added that Nigeria has the highest number of people without electricity worldwide, which has led to about four per cent loss of Gross Domestic Product (GDP).

Khanna said the issues of subsidy, gas-to-power as well as energy access would have to be sorted out before a headway can be achieved in the sector.

On a comparative basis, he noted that Ghana already has 85 per cent electricity access while Senegal was on its way to achieving 100 per cent access by 2025, stressing that Nigeria has all it takes to move from less than 50 per cent access to universal energy provision.

“Our estimation is that Nigeria will need at least $100 billion in the next 10 years, and it will be very difficult for government or the world Bank to plug that hole.

“And the private sector will do a lot of funding and will look out for whether the sector is financially viable. But they will ask ‘if I set up a plant, will they pay for it’? Is the policy and regulatory environment for the sector certain?” he said.

According to him, if the government gets the distribution side of the industry right, the private sector would be willing to come in. However, he added that Nigerians must begin to see improvement in supply, which is important for their buy-in.

He further revealed that the World Bank’s engagement in Nigeria is still largest by the organisation anywhere in the world, adding that the country remains an important development partner.

In his comments, the Minister of Power, Mr. Abubakar Aliyu, argued that the sector was now receiving more attention especially on infrastructure from generation, to transmission and distribution as well as the interfaces with gas producers.

He admitted that the sector hadn’t had enough focus in the past leading to decay, but said President Muhammadu Buhari was determined to upgrade the infrastructure because the country cannot move forward without it.

Aliyu said the Siemens project was on course, stressing that it is meant to take generation to 25,000 megawatts by 2025. He assured that between September to December, a number of infrastructure will be arriving from abroad.

He disclosed that the national grid remains unstable and wouldn’t take the other sources of planned energy, saying that therefore off-grid electricity was being planned in silos.

The minister further stated that the federal government was planning 14 projects which will give the country 1,000 megawatts with 10 state governors already collaborating for an additional 100 mw each to hit 2,000mw off-grid.

Declaring that Nigeria was also looking at newer sources of power like hydrogen, Aliyu explained that the current focus on solar is in line with the 30:30:30 vision to ensure that by year 3030, 30 per cent of Nigeria’s total power generation will be based on renewable sources.

He said the industry was undergoing reform, which he said will take time to manifest, insisting that comparing Nigeria with other countries like Senegal was fundamentally flawed because of size and other differences.

According to him, the Right of Way (RoW) issue had been a big challenge, taking years to resolve and halting some projects , which eventually will undergo variation because of delays.

“We want to raise our base-load to a level where we can later integrate these other energy sources,” he said, adding that the federal government was discussing with 14 solar developers to execute projects off-grid.

According to him, Nigeria’s biggest hydropower plants, Kainji and Jebba, could barely produce 130MW of power, despite having a combined installed capacity of around 1,300MW.

Also speaking, Country Director, World Bank, Shubham Chauduri, explained that as a development agency, the World Bank was committed to helping the government lift 100 million Nigerians out of poverty.

Beyond financing, he noted that officials of the bank also exchange ideas on how to get these things done, adding that the areas of power, human capital, domestic revenue mobilisation, among others remain very critical.

He noted that Nigeria needed to bring the missing pieces in the industry together, including the technical side, accountability , financing and regulatory clarity.

On top of the existing support , he stated that there’s another $1.5 billion for which approval has been given , plus the energy transition plan which could take another $2.5 billion,.

Meanwhile, NERC has said from July 1, 2022, there would be remarkable improvement in the nation’s power sector as market participants have committed in contracts to ensure the generation, transmission and distribution of 5000 megawatts (mw) of electricity in the country.

The commission also disclosed that the phase 1 of the National Mass Metering Programme (NMMP) where four million locally manufactured meters would be rolled out for customers would begin by the end of August this year.

The Chairman of NERC, Mr. Sanusi Garba, disclosed this yesterday during a media briefing in Lagos, saying the Transmission Company of Nigeria (TCN), generation companies (Gencos) and distribution companies (Discos) have committed to sign contracts which mandates them to ensure that 5000wm generated was bought and paid for, and the gas for generation of that capacity is also paid for as and when due.

He said the contracts were part of the result of the ongoing reforms in the power sector which are being initiated and supported by the government, the Central Bank of Nigeria (CBN) and other stakeholders pushing for improvement in the nation’s electricity industry.

Garba said this was the first time market participants were coming together to commit to pay for energy produced by entering a contract to ensure payment or consequences for default.

Nigeria’s power sector has been enmeshed in multiplicity of challenges even after the privatisation of the distribution and generation aspcts of the sector in 2013, resulting in poor supply to Nigerians.

Grid collapse has become a regular occurrence in the sector with the power grid recording its latest collapse just a few days ago, throwing Nigerians in darkness, despite trillions of naira pumped into it by the government to improve its performance.

The country now barely delivers 2000mw power supply to its citizens, with the situation worsening the condition of living of Nigerians and jerking up cost of production.

Garba said this new development would lead to improved service delivery to consumers who require improvement in supply.

He said any of the parties in the deal that fails to play its part according to the terms of the contracts will receive the consequence, stressing that the targeted 5000mw will only be achieved when all parties comply.

He said, “So, what we are trying to do is, consumers require the service, the Discos should commit to buying this electricity from those who are generating it. Gencos that are generating the power must commit to buy the fuel to generate that electricity, and the only way it can be done and in a sustainable manner is if it is underpinned by contracts.

“And if any of the market participants defaults, then obviously, there will be consequences for not providing what you said you will do.

“That is the basic explanation of what we are doing which will take effect from first of July. So, we are going to start with 5000mw. Discos will commit to buy and Gencos will commit to generate and ensure that gas is there to provide this power by paying for gas. So, there will be no stories of I don’t have gas to produce.”

Garba also informed that apart from committing to deliver 5000mw on July 1, they would also see an opportunity to increase that contracted volumes from 5000 to 5,500 up to 7000mw.

This, he said, would make Nigerians to be able to see a trajectory of improvement in not just maintaining the targeted volume of power but to also ensure stability of supply and then assess if there is enough infrastructure to ramp up to 7000mw.

He assured categorically that power consumers woulf begin to see improvement in supply by “first of July”.

He said TCN has confirmed that it could deliver 5000mw and that even the Discos had successfully distributed 5000mw before but that they couldn’t continue delivering that 5000mw because of commercial reasons.

The NERC chair added, “So, the commission decided that this commercial issues militating against low distribution must be sorted out. For Nigerians to have 5000mw, there must be a commitment to buy 5000mw. That hasn’t happened before. This is the first time you have Discos committing to this.

“And the TCN will be committed to deliver that 5000mw. And we have identified power plants that will come and contract for the gas to deliver 5000mw. It hasn’t happened before.

“Now, the second leg is, will there be payments because a contract without payment doesn’t work? So, we have sat down working with the Discos, with everybody to ensure that there will be sufficient cash flow to undertake the contracts, because if I sign a contract to deliver gas to you and you default to pay for it, tomorrow, I will shut the power out.

“So what we are saying is, this is something that has been done to just steer back the market to a way it was designed to work in the first place.”

Also, the commission disclosed that the phase 1 of the National Mass Metering Programme (NMMP) where four million locally manufactured meters will be rolled out for customers will begin by the end of August this year.

It said about 45 local prepaid electricity meter manufacturers have submitted their bids and that the programme was still on the procurement stage.