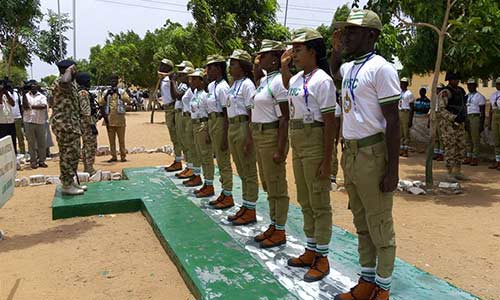 The statement as it stands suggests that Major General SZ Kazaure has ceased to be the DG of the NYSC and Brig.-Gen. S. Ibrahim is now the new DG. This is quite appalling and intriguing at the same time! This is because the law that regulates the appointment and removal of the NYSC DG is the NYSC Decree, 1973 (now the NYSC Act, CAP N84, LFN 2004) and the Interpretation Act, CAP I23 L.F.N. 2004.

Section 5 of the NYSC Act provides as follows:

Interpretation Act on the other hand provides under section 11 thus:

(1)       Where an enactment confers a power to appoint a person either to an office or to exercise any functions, whether for a specified period or not, the power includes−

(a)       power to appoint a person by name or to appoint the holder from time to time of a particular office;

The foregoing provision of the NYSC and Interpretation Acts leave no doubt in the mind that only Mr President (and not anyone else) can appoint and remove NYSC DG. For the purpose of emphasis the statement signed by Col. Sagir Musa, the army spokesman reads:

Approval of the appointment on what basis? Which law gives Nigerian army the power to approve the appointment of NYSC DG? This is ex facie illegal and a nullity. This best illustrates the often quoted pronouncement of Lord Denning on null and void acts in the case of Mcfoy v. U.A.C. (1961) 3 All ER 1169 at pg. 1172 that – ”You cannot put something on nothing and expect it to stay there, it will collapse.”  HON. Justice Niki Tobi’s beautifully put his own in OWNERS VS ADENIJI (1993)2 NWLR (pt 274) says:

Mr President should not allow such illegality to stand!