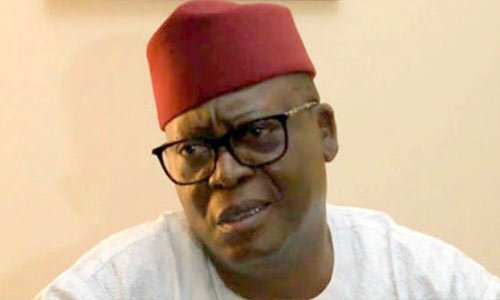 Former spokesman for the Senate Dayo Adeyeye has said that nine days after he was sacked by the Appeal Court as the lawmaker representing Ekiti South Senatorial District, he has not obtained copies of judgment.

He said despite repeated demands; the judges who handled the case have frustrated his efforts in obtaining copies of the judgment.

The Court of Appeal sitting in Kaduna on November 6, in a unanimous judgment, upheld the verdict of the State/National Assembly Election Petitions Tribunal that declared the candidate of the Peoples Democratic Party, Mrs. Abiodun Olujimi, winner of the Ekiti South Senatorial election held on February 23.

The Independent National Electoral Commission (INEC) had declared Adeyeye, who ran on the platform of the ruling All Progressives Congress (APC), winner of the senatorial poll.

Adeyeye, in a statement signed by his legal aide, Mr. Tunde Bamigboye, lamented that the same judgment they said was not ready had been released to Olujimi, which she tendered to INEC for the issuance of her certificate of return.

He appealed to the judges to live up to their constitutional responsibilities by making copies of the judgment available to all parties involved in the case.

“If anything, we deserve to know the basis of the judgment for our record and for posterity,” he added.